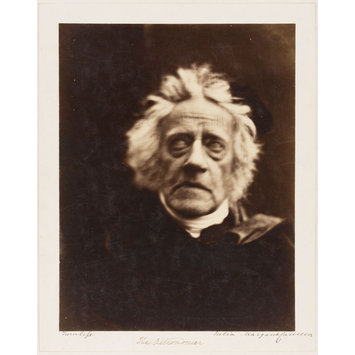 In March 1868 Cameron used two rooms at the South Kensington Museum as a portrait studio. Her letter of thanks makes clear her commercial aspirations, mentioning photographs she had sold and asking for help securing more sitters, including, she wrote hopefully, any ‘Royal sitters you may obtain for me’.

A photograph of a man(John Frederick William Herschel) from the chest up with white hair and a white collar. His eyes are closed and his mouth is in a downward pose. 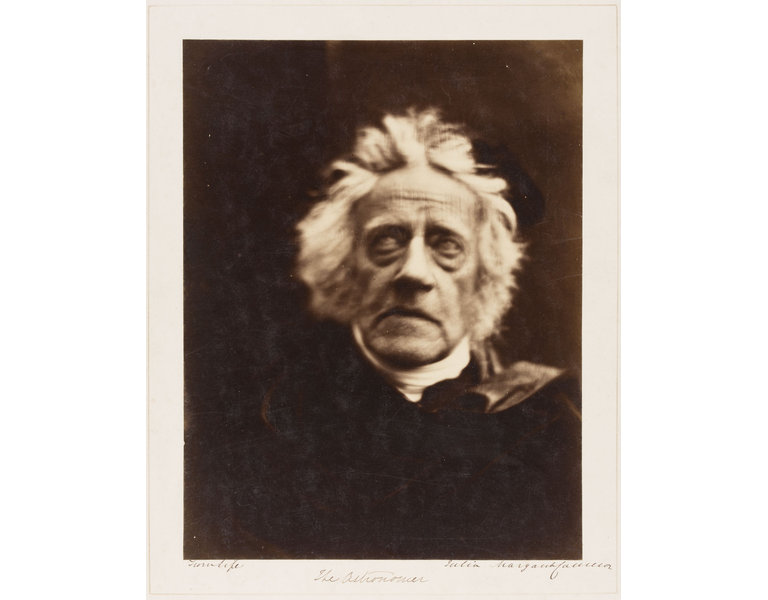