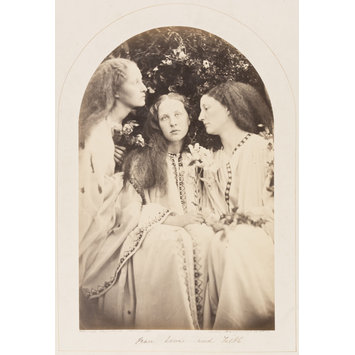 A sepia-coloured arched-top photograph with three women, all with loose hair. The center woman is holding lilies. There is foliage in the background. 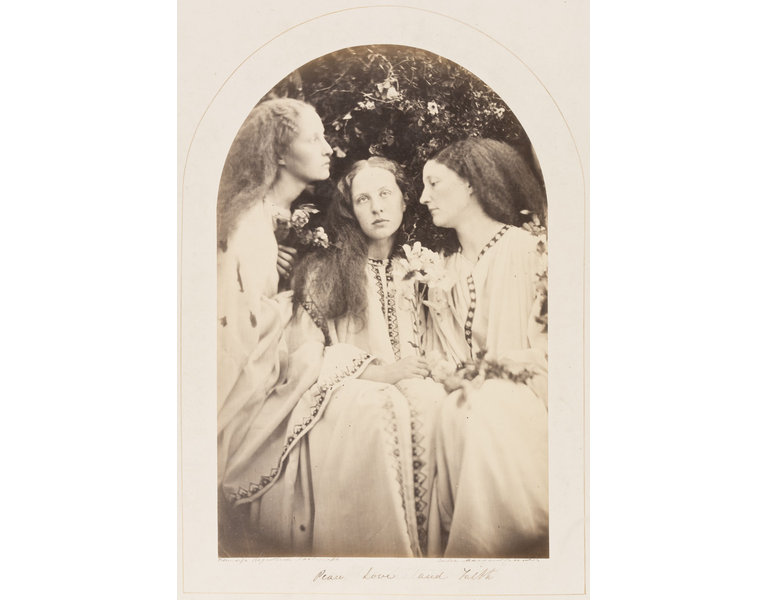