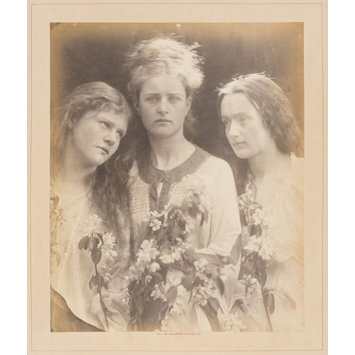 A sepia-coloured photograph showing three standing women from the waist up, two with their hair loose, one with her hair tied on her head. They all three hold flowers. 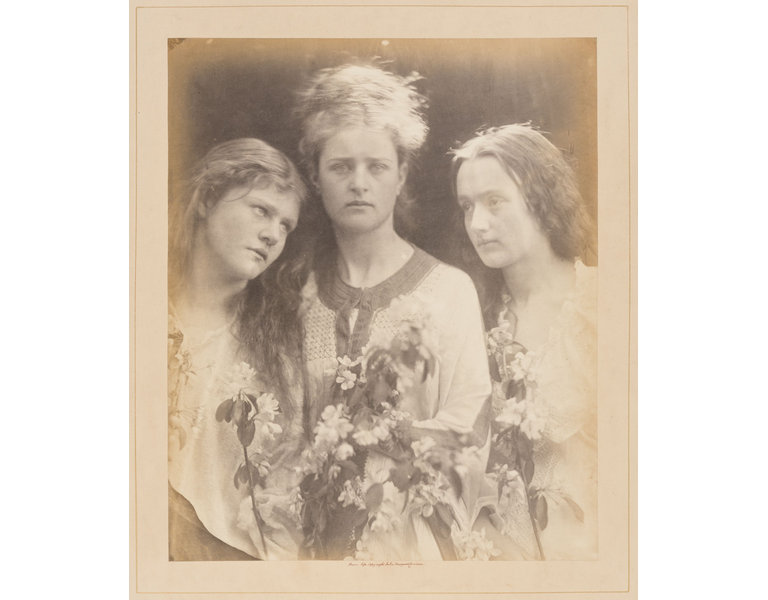