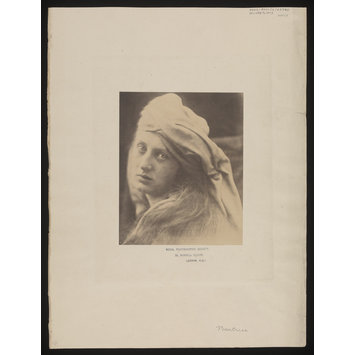 A Study of the Cenci

Cameron initiated a series of large-scale, close-up heads. These fulfilled her photographic vision, a rejection of ‘mere conventional topographic photography – map-making and skeleton rendering of feature and form’ in favour of a less precise but more emotionally penetrating form of portraiture. Cameron also continued to make narrative and allegorical tableaux, which were larger and bolder than her previous efforts.

Cameron based the model’s pose, drapery and sad expression on a painting attributed to Guido Reni that was famous at the time. The subject is the 16th-century Italian noblewoman Beatrice Cenci, executed for arranging the murder of her abusive father.

A photograph of a woman (May Prinsep) posing as Beatrice Cenci, wearing a turban looking over her left shoulder. Another photograph is mounted on the reverse of the mount.

Photograph by Julia Margaret Cameron, 'A Study of the Cenci' (sitter May Prinsep), albumen print, 1870 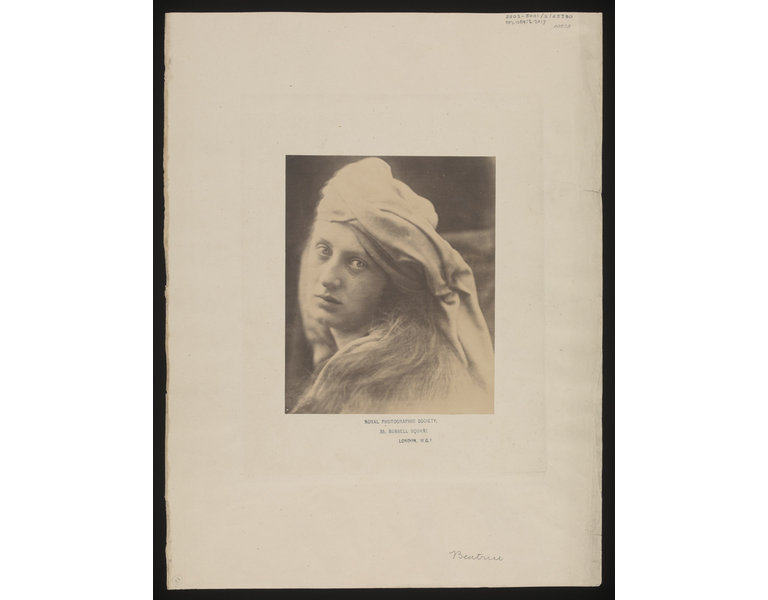