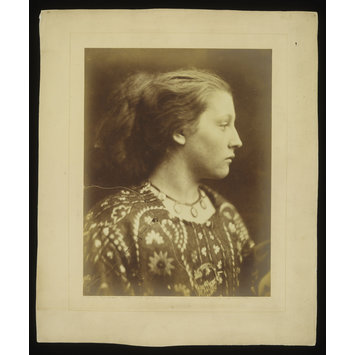 This striking version of Sappho shows Cameron’s increasingly dramatic style. Mary Hillier’s classical features stand out clearly in profile, while her dark hair merges with the background. The decorated blouse balances the simplicity of the upper half of the picture. Cameron was clearly pleased with the image since she printed multiple copies, despite having cracked the negative.

Profile portrait photograph of a woman (Mary Hillier) posed as Sappho the Greek poetess wearing an ornately embroidered dress and a necklace of lozenge shaped pendants. The print is made from a negative which had a large crack in the lower left corner seen in the final image. 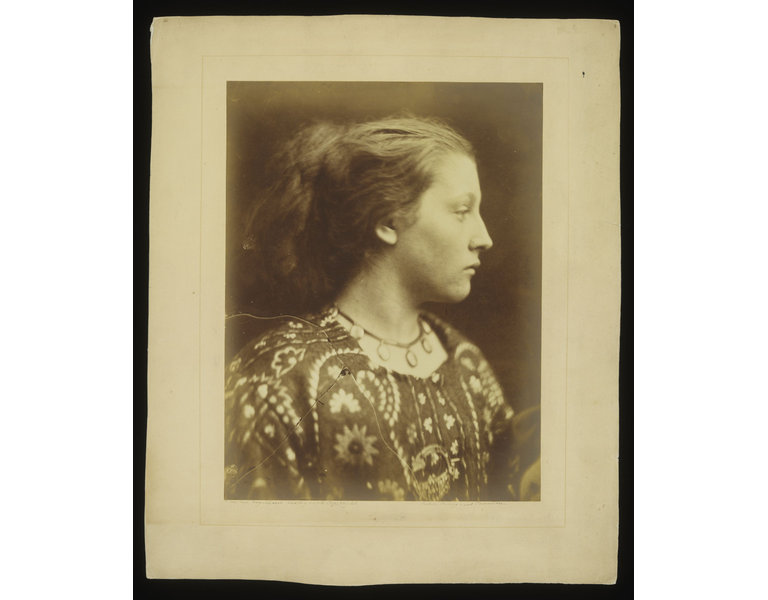