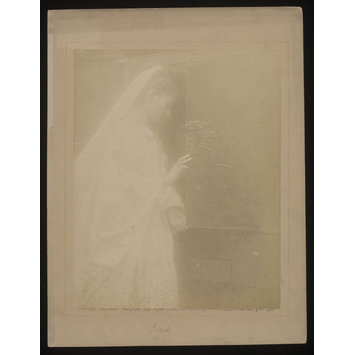 In 1874 Alfred Tennyson, the Poet Laureate, invited Cameron to make photographic illustrations to Idylls of the King, his series of narrative poems based on the legends of King Arthur. After her large photographs were published as small, wood-cut copies, Cameron decided to produce an edition illustrated by original photographic prints accompanied by hand-written extracts from the poems printed in facsimile. She claimed to have made as many as 245 exposures to arrive at the 25 she finally published in two volumes in 1874 and 1875.

A mounted photograph of a woman (Emily Peacock) standing in profile next to a door which she is touching with her right hand. 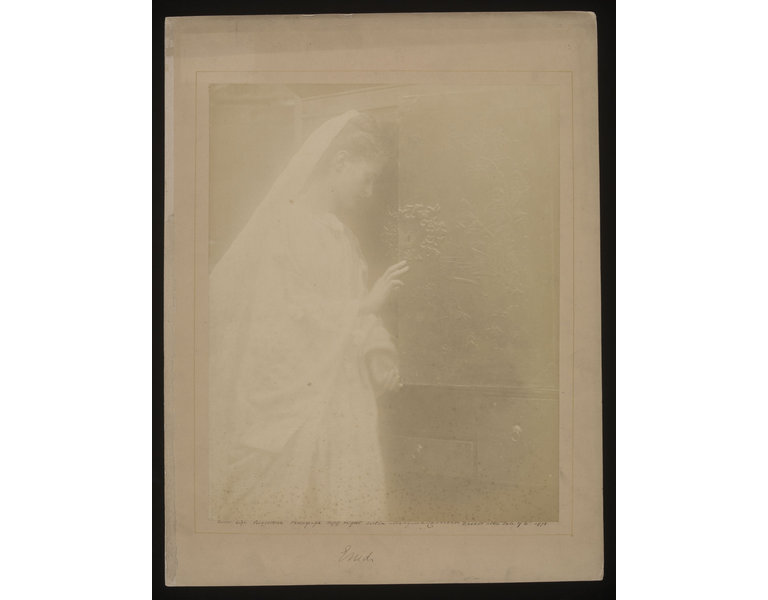