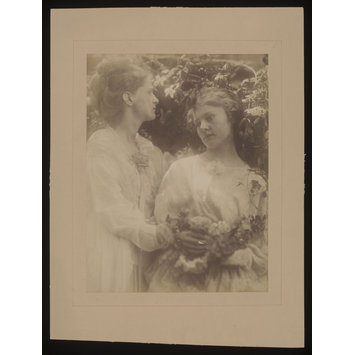 A sepia-coloured photograph showing two standing women posed against foliage. They both have blossoms at the nape of their necks and one holds a bouquet. 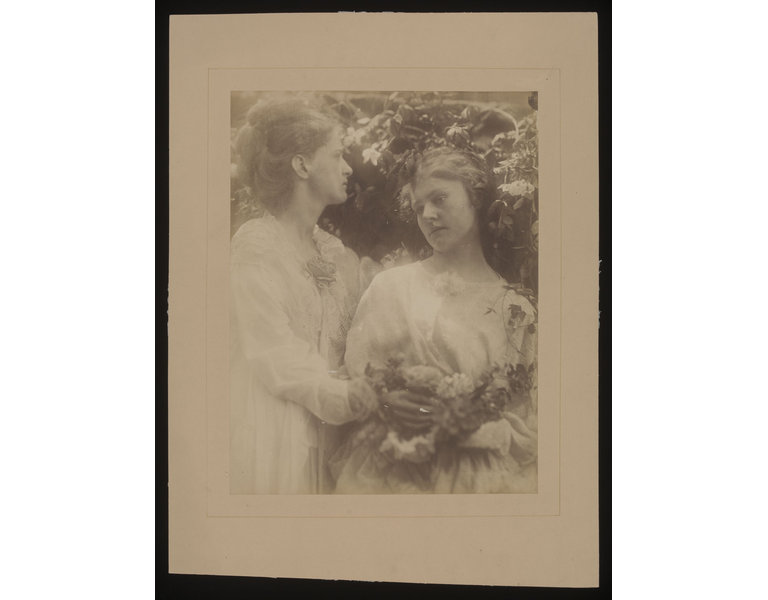