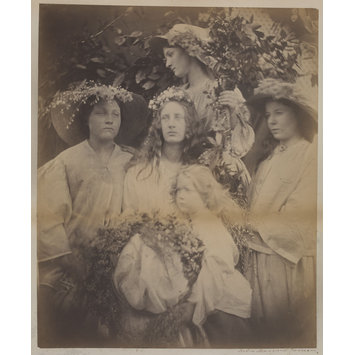 A photograph of three young women (Kate Keown, Mary Hillier and Mary Ryan) and two children (Freddy Gould and unknown girl) surrounding a floral arrangement. The woman in the centre of the frame is wearing a flower garland. 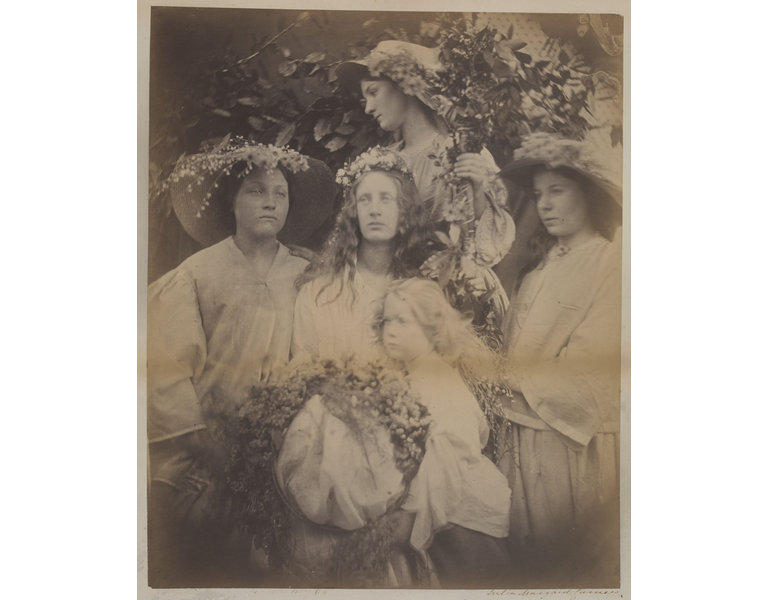