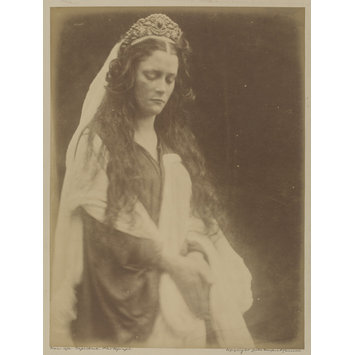 A photograph of a standing woman wearing a tiara with her eyes cast downward and her hair flowing over light coloured shawl.510 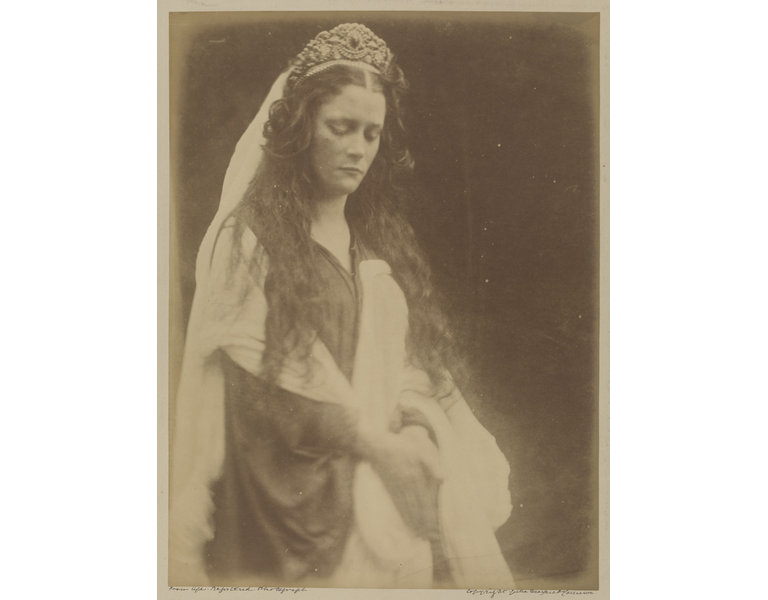