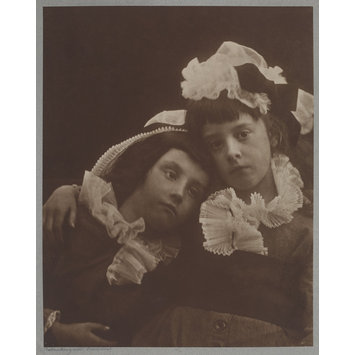 A mounted photograph of a two young children, photographed from the waist up, both with frilled collars and hats with lace, leaning their heads into eachother. 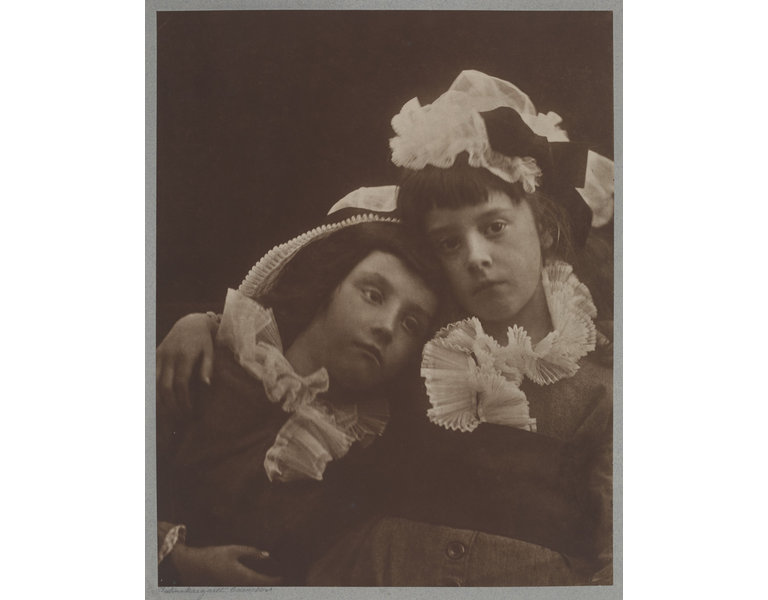