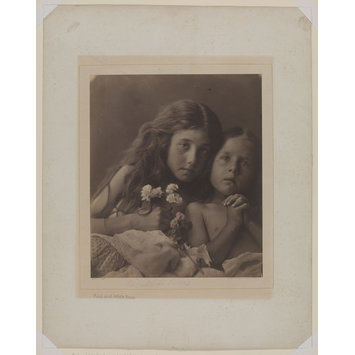 The meaning of this picture is not clear. Despite the title, only white roses appear in it. In Victorian symbolism, red and white roses together signified unity, which is also seen in the intimate pose of sisters Kate and Elizabeth Keown. However, the gesture of clasped hands is suggestive of prayer. In Christian iconography red roses stand for martyrdom and white for purity.

A photograph of two young girls (Kate Keown and Elizabeth Keown). The older girl (Kate) is holding some flowers whilethe younger girl (Elizabeth) has her hands clapsed under her chin. 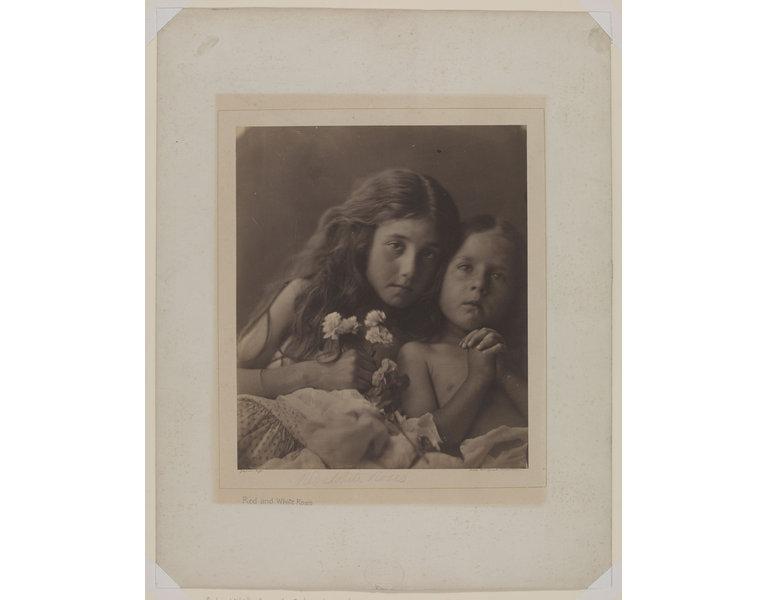