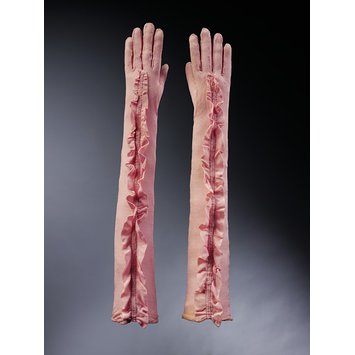 This pair of evening gloves was worn with Elsa Schiaparelli's 'Tears' dress. (see T.393&A-1974) Their strong pink colour would have complemented the pink and magenta print of the dress. Schiaparelli had a knack for taking everyday garments and using unusual details and trimmings to make them extraordinary. Here, instead of a traditional glove-leather, a pink crêpe fabric is used. Crêpe was more stretchy, precluding the need for buttons or fastenings. The dramatic shirred ruffles which run the entire length of each glove provide an additional unexpected touch.

Pair of pink opera-length crêpe gloves with exaggerated ruffles down the back of the hand extending all the way up the forearm. 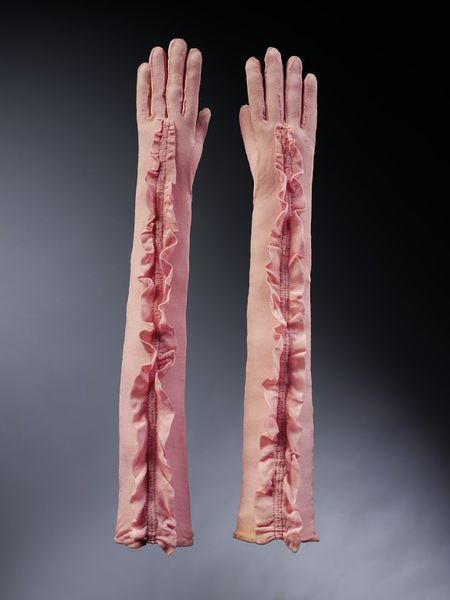