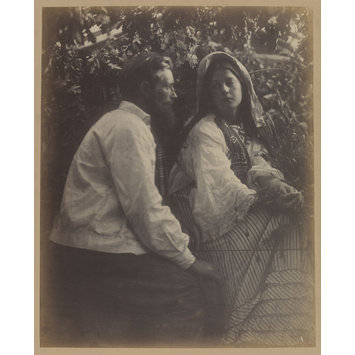 Julia Margaret Cameron looked to painting and sculpture and in this case, poetry as inspiration for her allegorical and narrative subjects. Some works are photographic interpretations of specific paintings by artists such as Raphael and Michelangelo. Others aspired more generally to create ‘Pictorial Effect’. 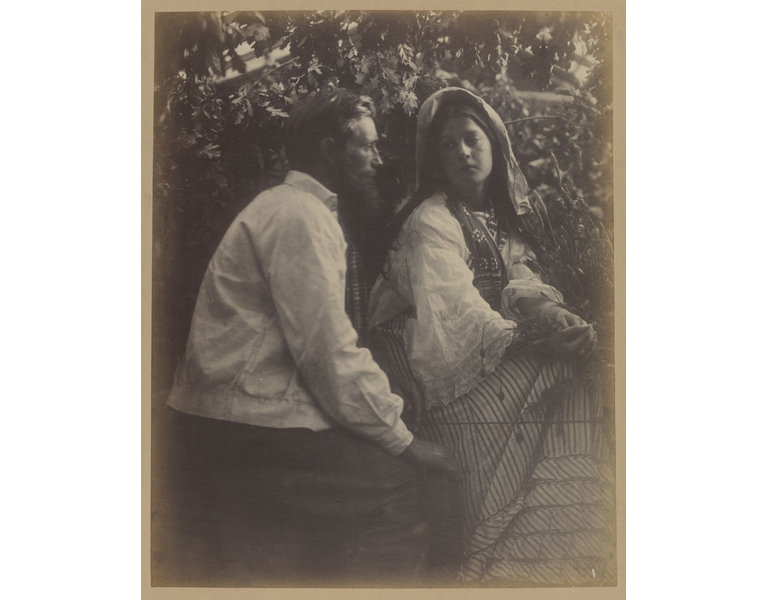