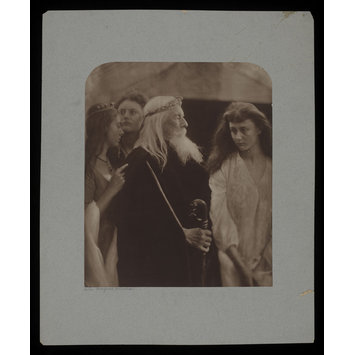 Photograph with arched top of a standing long-haired bearded man shown in profile, wearing a crown and surouunded by three standing women. 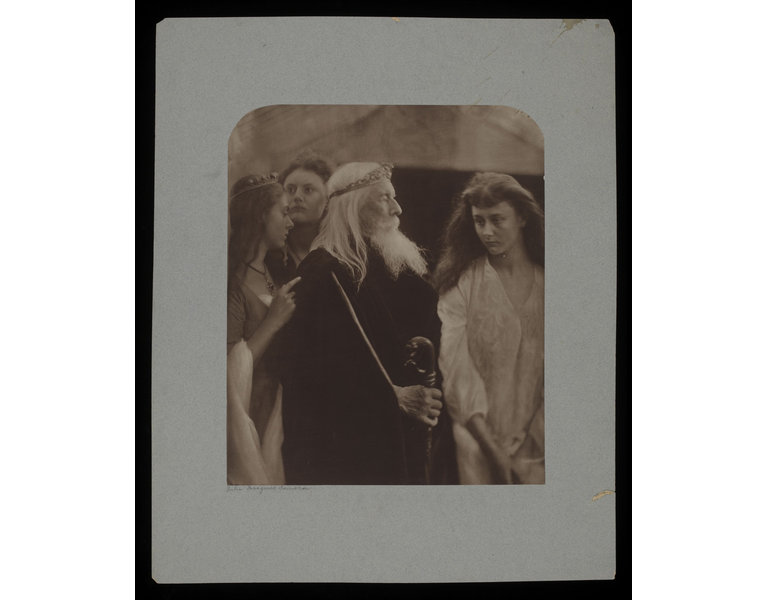