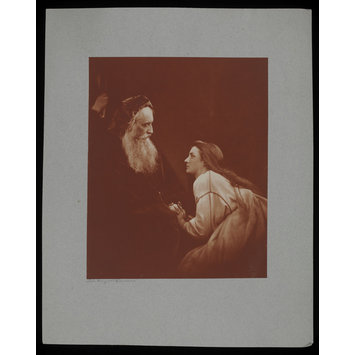 Henry Taylor was one of Cameron's favourite models. She wrote of him, ‘Regardless of the possible dread that sitting to my fancy might be making a fool of himself, he consented to be in turn Friar Laurence with Juliet, Prospero with Miranda, Ahasuerus with Queen Esther, to hold my poker as his sceptre, and do whatever I desired of him.’

A photograph of a bearded and standing man (Henry Taylor) wearing a velvet hat with a young woman (Mary Ryan) kneeling at his knees. 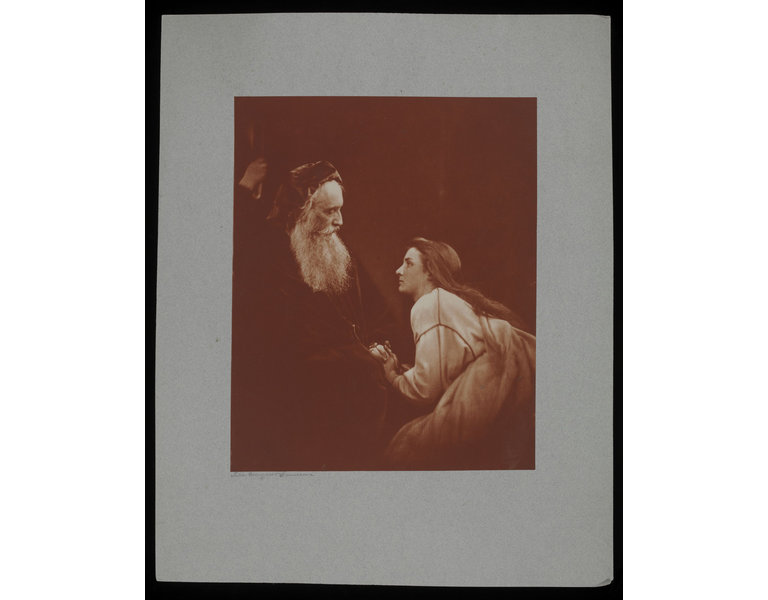