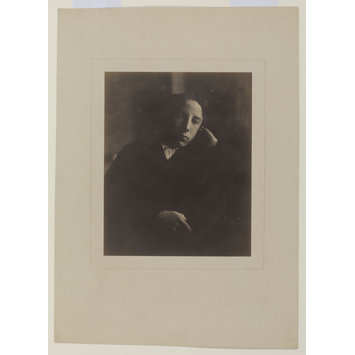 A photograph of a seated young man supporting his head with his left hand.

incorrectly titled 'Hardinge Cameron' on back of mount 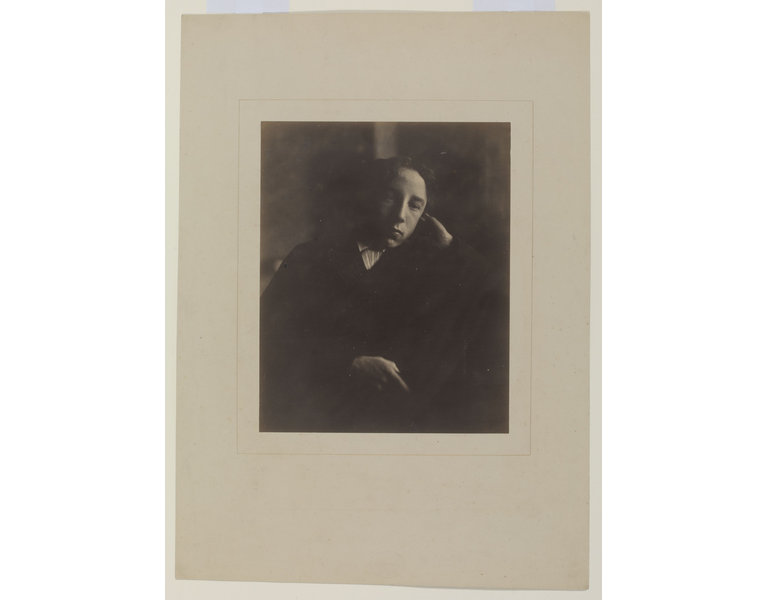