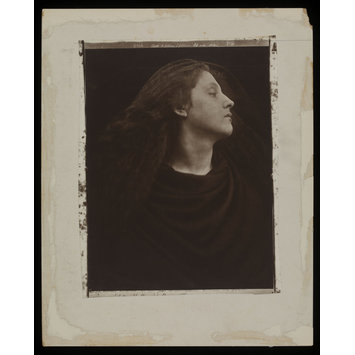 In this image, Cameron concentrates upon the head of her maid Mary Hillier by using a darkened background and draping her in simple dark cloth. The lack of surrounding detail or context obscures references to narrative, identity or historical context. The flowing hair, lightly parted lips and exposed neck suggest sensuality. The title, taken from a line in the poem 'Lancelot and Elaine' from Alfred Tennyson's 'Idylls of the King', transforms the subject into a tragic heroine.

Photograph of a woman (Mary Hiller) in profile with long flowing hair. 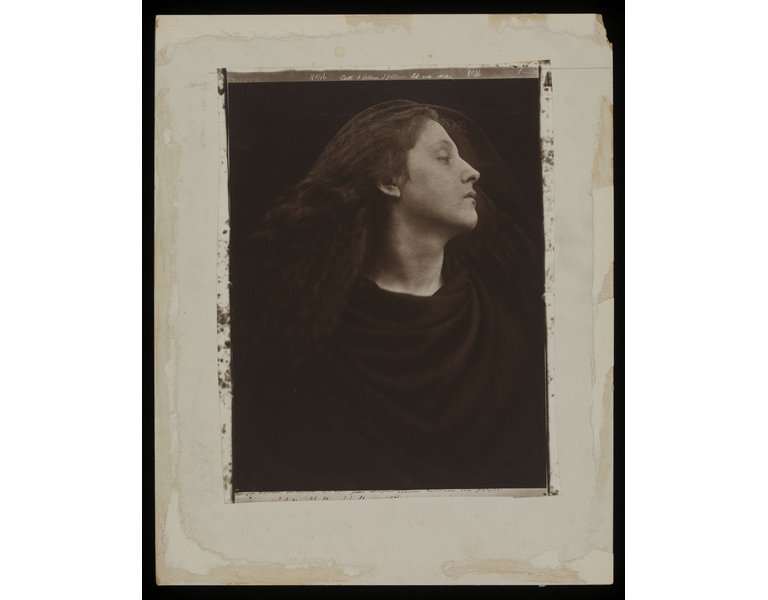