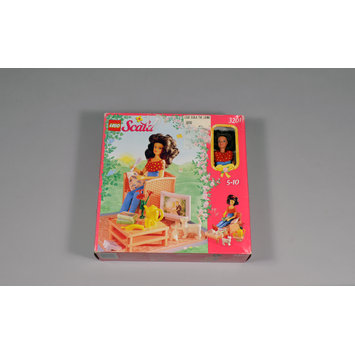 Playset and accessories, contained within original box. The play set is a limited building toy featuring furniture which can be made in several different ways, these are illustrated in the accompanying instruction manual. In their basic form, they are a pink wicker armchair with an accompanying coffee table. There are a variety of components and accessories, consisting of a two pink foam cushions with printed blue flowers, a pink cotton cushion, a blue hairbrush, a yellow coffee pot and mug, two green books, a yellow cordless telephone, a white cat and kitten, a blue television, a pair of blue shoes and a pair of red shoes, a green transparent wine glass, and a bouquet of red flowers with a white vase. There is a dressed female doll, with long brown synthetic hair, wearing a playsuit. The doll's head is made from PVC, the body is of plastic foam (probably either polyethylene or polyurethane), the shoes are of PVC.

There are several ephemeral items accompanying the playset. A sheet of stickers for decorating the television, books and coffee table's surface. A printed paper instruction manual, showing the various ways in which the set can be used. A printed paper catalogue showing the other items available in Lego's 'Scala' and 'Belville' ranges. Two printed postcards, joined together.

The Lego Group was founded by Ole Kirk Christiansen in 1932 in Billund, Denmark. The name is a contraction of the Danish phrase Leg Godt, meaning ‘play well’. Christiansen was an unemployed carpenter, the company began as a manufacturer of wooden toys and playthings, the like of which it continued to make until 1960. In 1949, Lego began to produce self-locking plastic bricks, having taken inspiration from similar items produced in the United Kingdom by Kiddicraft. Design and technical limitations, and customer preference, meant that the plastic bricks were not initially a great success. However, sales grew, as did the range of products and sets available, and eventually the name Lego became synonymous with imaginative, colourful and highly distinctive construction toys. Today, Lego is one of the most profitable toy manufacturers in the world, and can boast in addition to its construction sets several theme parks, video games, board games, retail stores and a blockbuster film (2014).

The first Scala range ran from 1979-1980, initially it consisted of buildable jewellery sets. Scala was relaunched in 1997, with a new line containing named dolls with sets that mainly focused on home settings. It ceased in 2001. 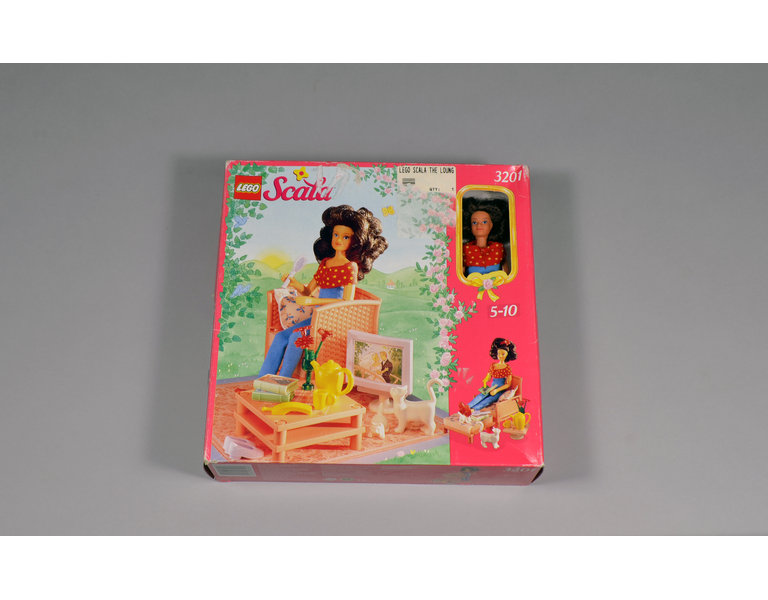