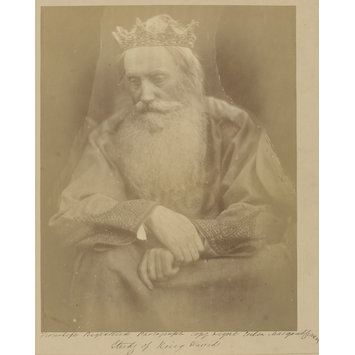 Half-length portrait of a man (Henry Taylor) seated with crown and arms folded in lap with long white beard, wearing a dark dress with embroidered cuffs. 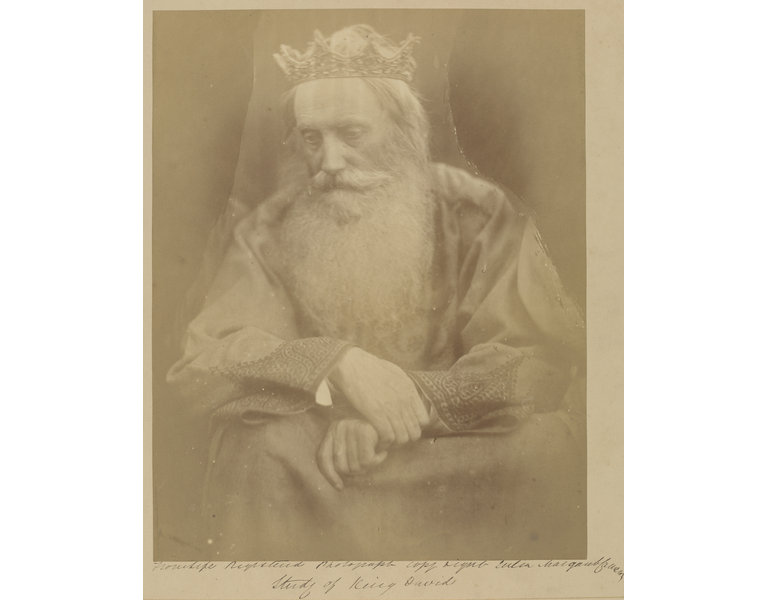