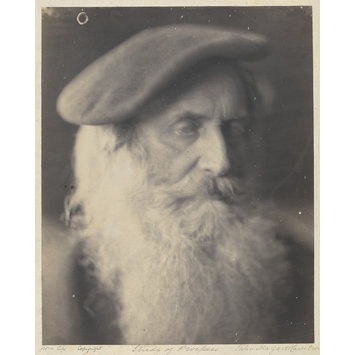 Sir Henry Taylor was a poet and civil servant. His literary achievements were greatly admired in the mid-Victorian period. He was one of Julia Margaret Cameron's closest friends and her most photographed male subject.

Portrait of a man (Henry Taylor) with long white beard wearing a hat, looking at his left. 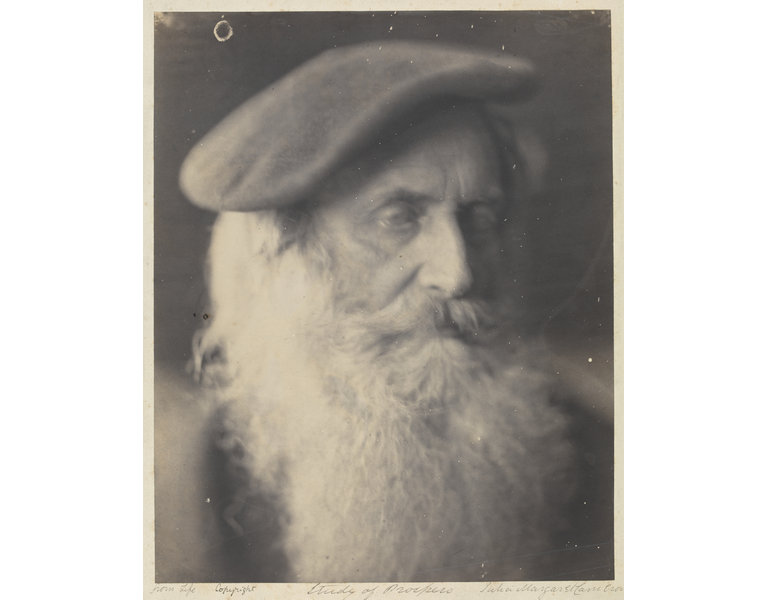