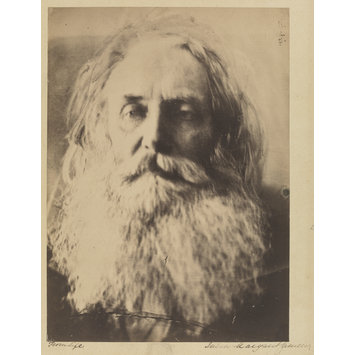 When Cameron photographed her intellectual heroes, such as Tennyson, her aim was to record ‘the greatness of the inner as well as the features of the outer man’. Another motive was to earn money from prints, since her family’s finances were precarious. Within her first year as a photographer she began exhibiting and selling through the London gallery Colnaghi’s. She used autographs to increase the value of some portraits.

Henry Taylor was a well-known literary figure in Victorian Britain and a civil servant at the Colonial Office. When the Camerons first moved to England from India, they became neighbours in Tunbridge Wells, and remained life-long friends. Cameron made at least 30 portraits of Taylor.

Half-lengh portrait of a man (Henry Taylor) with long white beard, wearing a dark dress with embroidered cuffs, with chin supported by a fist. 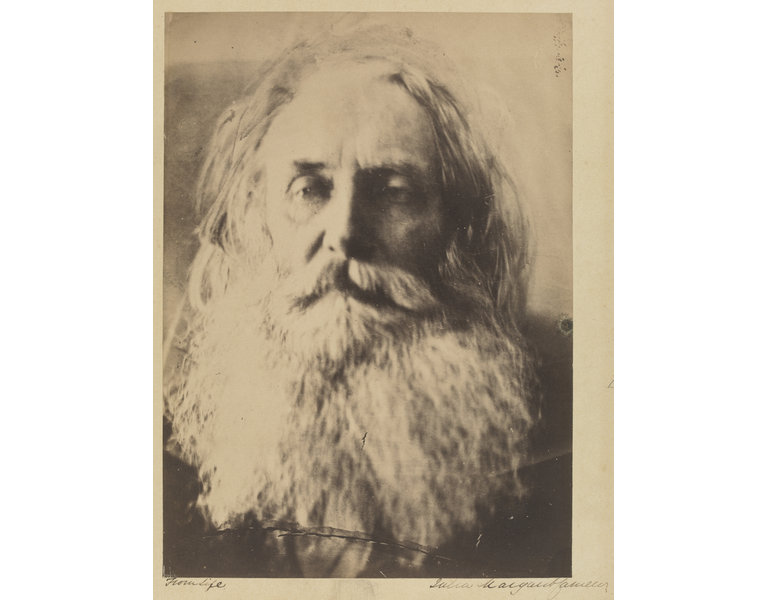