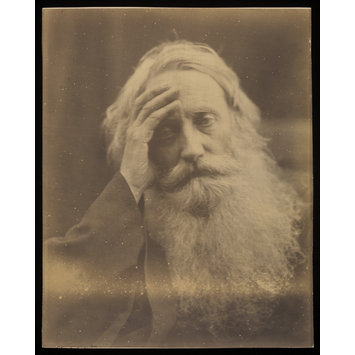 A photograph by Julia Margaret Cameron of a bearded man (Henry Taylor) taken from the shoulders up with his right hand resting on his forehead. 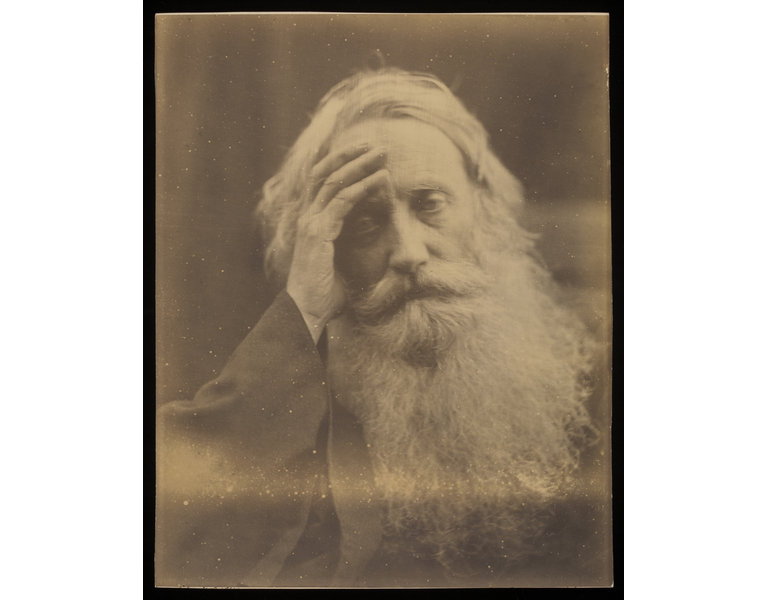