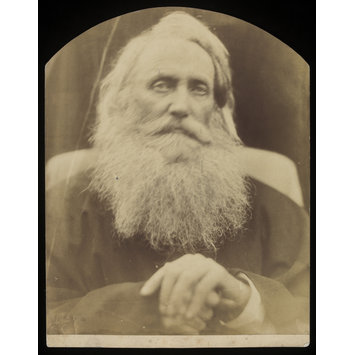 An arched-topped photograph by Julia Margaret Cameron of a bearded man (Henry Taylor) taken from the shoulders up with hands laid on top of eachother. 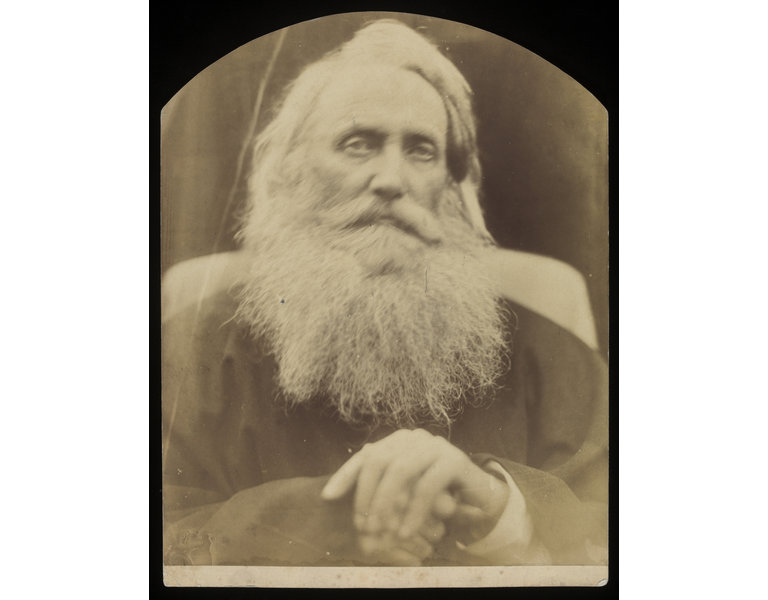