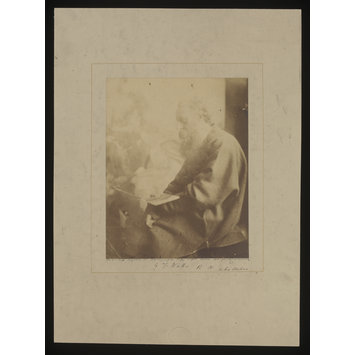 Cameron considered the artist G. F. Watts, to be her chief artistic advisor. She wrote of this period, ‘Mr. Watts gave me such encouragement that I felt as if I had wings to fly with.’

A photograph of a bearded man (G.F. Watts) in profile holding palette. 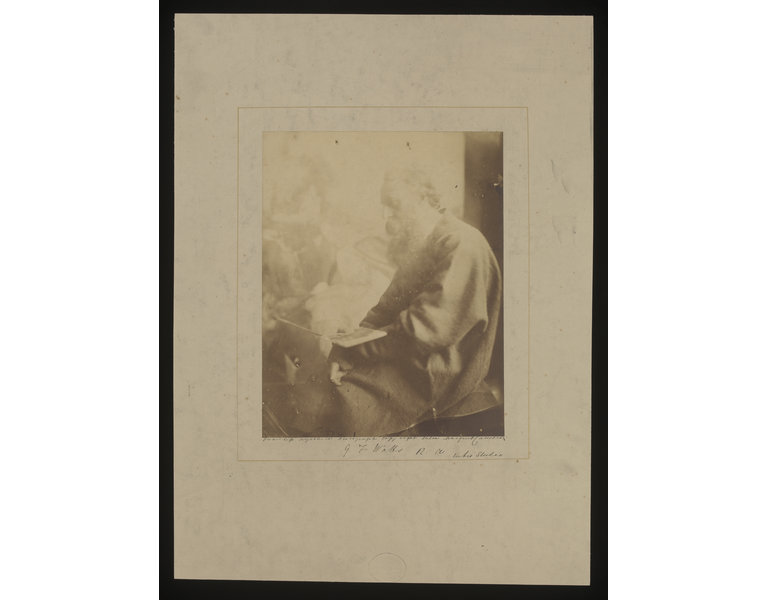