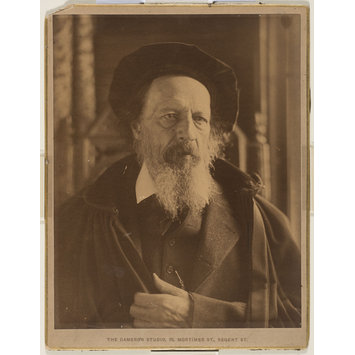 An albumen print portrait of the Lord Tennyson with beard, cape and hat. 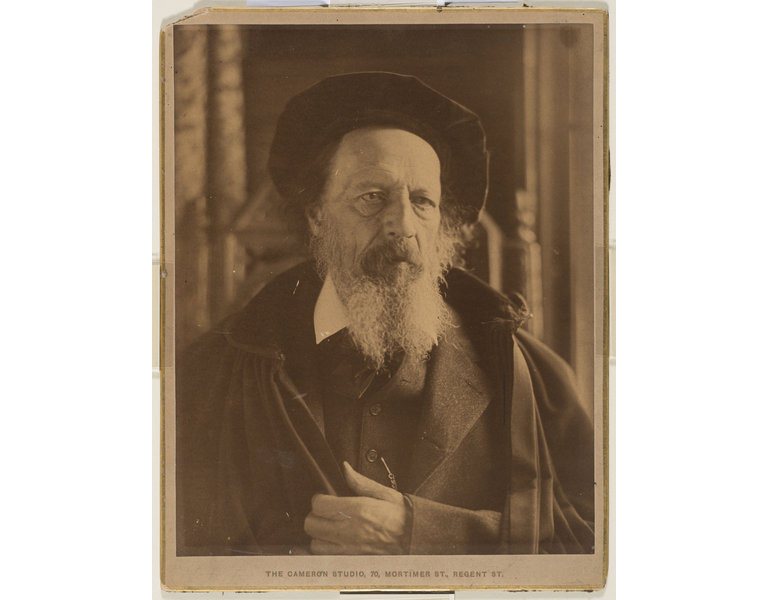