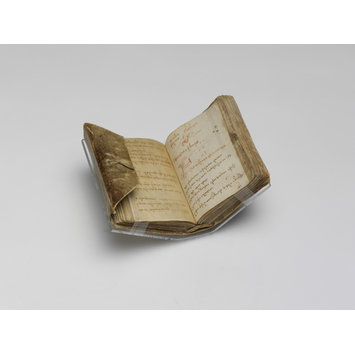 This notebook is volume II in a set of three written by Leonardo da Vinci between the late 15th century and the early 16th century. This ensemble comprises in fact five of his notebooks bound into three volumes. They contain texts, diagrams and drawings and are written in Italian, in mirror script.
Volume II contains two of these notebooks and is made up of 316 pages. They were bound together before 1608/14 and are designated as Codex Forster II1 (ff. 1-63v; compiled c. 1495, Milan) and Codex Forster II2 (ff. 64r-160v; compiled c.1495-1497, Milan).

The V&A has five of Leonardo's notebooks, bound together in three volumes probably in the 17th century. This one was compiled over a number of years while Leonardo worked for Duke Ludovico Sforza in Milan. It contains notes and diagrams on the theory of weights, stresses and balances. The page displayed examines effective pulley systems. The left-hand page shows a diagram of figures lifting a weight from different angles. 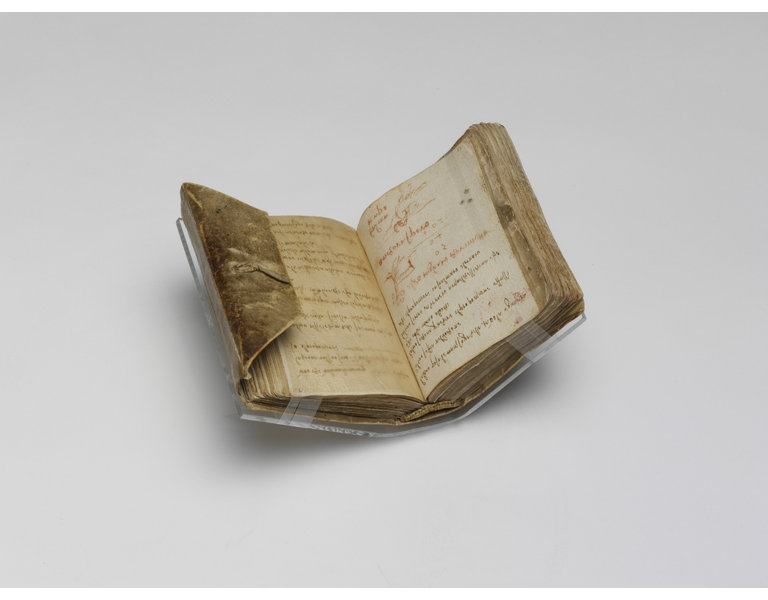