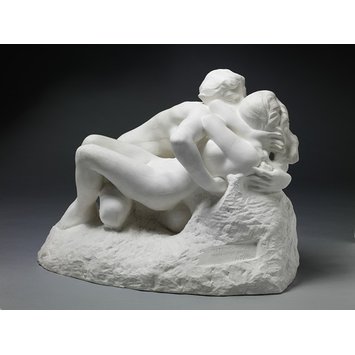 The Metamorphosis of Ovid

This group is connected with The Gates of Hell (the bronze portal and doors for the new Museum of Decorative Arts, Paris, which Rodin was asked to design in 1880), where it appears vertically at the top right corner. Although generally known by its present title, other versions have been known by a number of names.

Rather than illustrating a specific story, the two female embracing figures evoke the spirit of Ovid, who was a favourite author of Rodin. Art critics of the late 19th century had difficulty in writing about these overtly erotic groups. They often described them as 'fantasies', and in so doing, ascribed less importance to them than to other sculptures by Rodin. But this aspect of Rodin's work held great appeal for young sculptors and writers of the 1890s who wished to confront Victorian culture. The present cast was later owned by the artist Charles Hazlewood Shannon (1863-1937), who painted groups of female nudes and may have created similar poses by studying this group.

The inscription on the group refers to the poet William Ernest Henley (1851-1903), whom Rodin met in 1881 through the exiled French artist Alphonse Legros. Henley became a close friend and champion of Rodin's work in Britain, through his editorship of the Magazine of Art and by introducing him to wealthy collectors, such as Constantine Ionides, and prominent writers like Robert Louis Stevenson. In the early 1880s Rodin made a bust of Henley, which was installed in St Paul's Cathedral in 1907 as a monument to the poet.

Bequeathed to the Museum by Mr Charles Shannon, RA

This group is inscribed to the poet W.E. Henley, who befriended Rodin on his first visit to England in 1881. Henley became a champion of the sculptor, introducing the British public to his work through the Magazine of Art, which he edited. Although generally known by its present title, versions of this group (of which one is on Rodin's Gates of Hell) have been known by a number of names. Rather than illustrating a specific story, the two embracing figures evoke the spirit of Ovid, who was a favourite author of Rodin [March 1998] 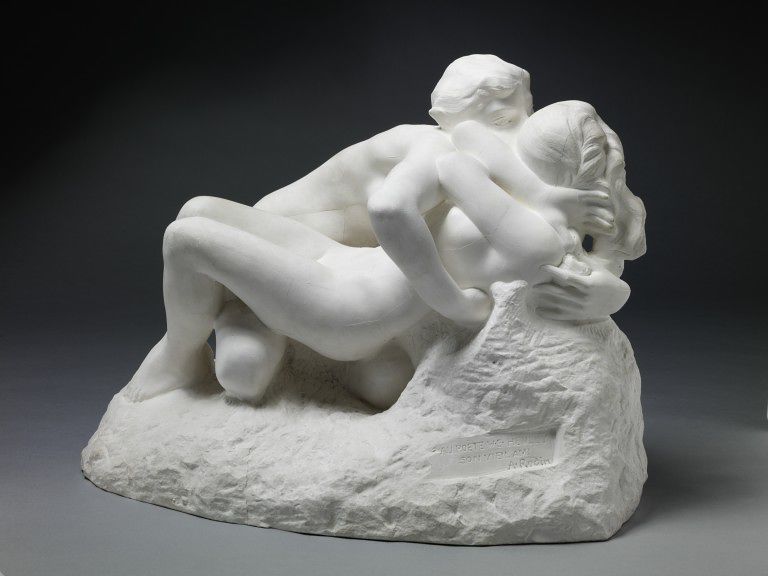