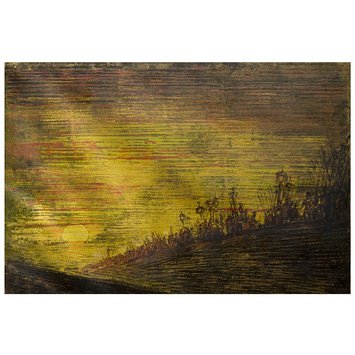 Franco Zeffirelli was born in Florence on 12 February 1923. An Italian stage and film director and designer, he is known primarily today for his adaptations of the works of Shakespeare. He began his career with the Morelli Stoppa Company in 1946-7, performing in both Florence and Rome. During these formative years he met and worked as both a designer and actor for such giants of the Italian cultural scene as Luchino Visconti, Michelangelo Antonioni and Vittorio de Sica.

In the 1950s he began to work as a director, starting in theatre and later expanding to film. His work showed influences of early mentor Visconti and great artists of Italy’s past, from the Renaissance to the nineteenth century. His Romeo and Juliet, both stage and film versions, and The Taming of the Shrew shows a great focus on the appearance and aesthetics of the piece and awareness of the “visual envelope that surrounds the actor”. His works were to become an epitome of escapism and recreation of the past, and have been described as “synonymous with richness and romantic opulence”.

'Caesar’s Victorious Army' is a design for a stage set for Act 2, Scene 5 of the first production of Samuel Barber’s opera Antony and Cleopatra. Zeffirelli acted as stage director, designer and librettist of this adaptation of Shakespeare’s play which officially opened the new Metropolitan Opera House at Lincoln Center, New York, on 16 September 1966. It was an ostentatious affair, typical of Zeffirelli's style. Barbara B. Heyman, Barber’s biographer, comments on the “social glitter of the occasion”. She claims that the massive production values and emphasis on spectacle detracted from the music, referring to the opera as an “inflated production with its complicated and problematic paraphernalia, gaudy costumes and overcrowded stage forces.” The lavish nature of the production is indicated by the staging of a certain scene in which 165 people, three horses, two camels and an elephant all appear on stage at the same time. The generous use of gold paint along with the large number of figures in the design reveals Zeffirelli’s opulent vision whilst illustrating the sheer scale of the production.

Oil and gold paint on canvas

Purchased, 1969. Design for a stage setting for Act II, Scene V of the first production of Samuel Barber's opera 'Antony and Cleopatra'.

Design for a stage setting for Act II, Scene V of the first production of Samuel Barber's opera Antony and Cleopatra, Franco Zeffirelli, 1966 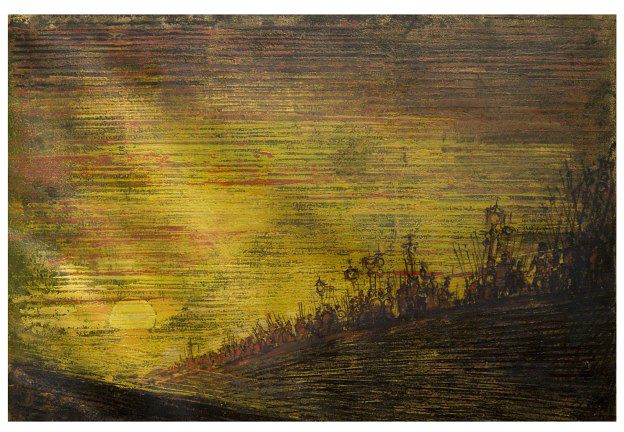