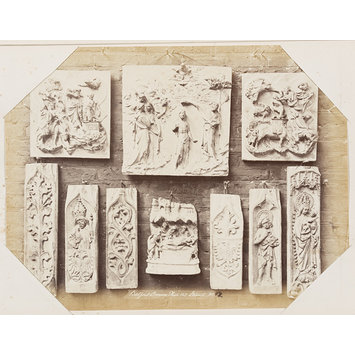 Mounted sepia coloured photograph showing a display of 10 casts. The photographer's name is scratched into the negative. Part of a bound album of 60 photographs of casts of architectural details. Included in the album is a printed descriptive text. Back cover is missing. There are an additional 4 loose photographs.

Photograph by Bedford Lemere & Co., Florence. Ghiberti Gates. Competition Panels from the cast collection in the Royal Architectural Museum, one of 64 photographs in the album 'Architectural Photographs', albumen print, 1872 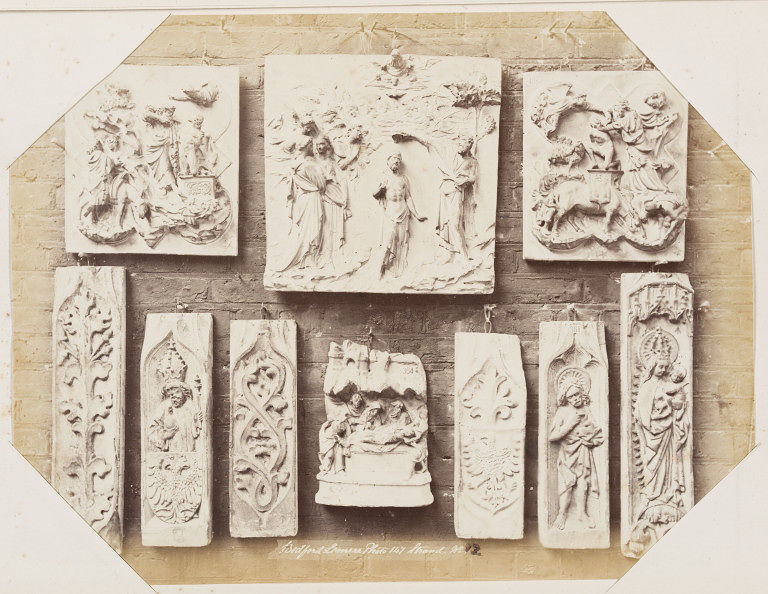