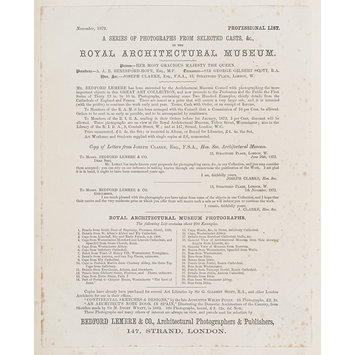 Printed title page from a bound album of 60 sepia-coloured photographs of casts of architectural details.

Photographs by Bedford Lemere & Co., Title page from the album of 64 photographs of casts in the collection of the Royal Architectural Museum, albumen prints, 1872 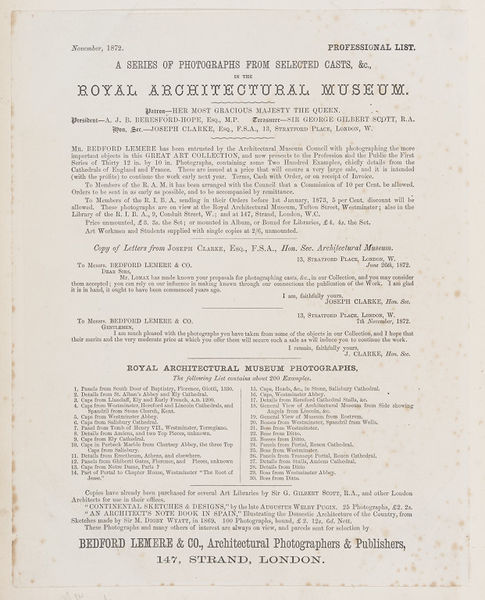