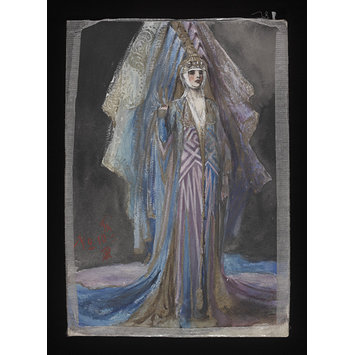 Princess Ida, or Castle Adamant by W.S. Gilbert and Arthur Sullivan was produced at the Savoy Theatre under the management of Richard D’Oyly Carte on Saturday 5th January 1884 until Saturday 16th August 1884, and from Monday 15th September until Thursday 9th October 1884.

Agreeing on a new subject after Iolanthe proved difficult. Gilbert suggested his ‘magic lozenge’ plot in which characters magically transformed themselves by swallowing one - the idea he had used for his 1873 play The Wicked World. Sullivan wanted a story of more human interest, and eventually agreed on Princess Ida, Gilbert’s ‘respectful perversion’ of Tennyson’s 1847 narrative poem The Princess that Gilbert had previously dramatized in The Princess, staged at the Olympic Theatre in January 1870. Set in Castle Adamant where Princess Ida, the daughter of the crotchety King Gama, runs a women’s college, Princess Ida was a satire on women’s education, a controversial subject in 1847 when Queen’s College opened in London, and in 1870, the year after the establishment of Girton College, Cambridge. The only Gilbert and Sullivan three act opera, and the only one in blank verse, it contains some of Sullivan’s most operatic music but did not enjoy the lasting success of their previous works and was not revived in London during D’Oyly Carte’s management.

Watercolour on paper with cheesecloth

Costume design by Percy Anderson for Sacharissa in Princess Ida, at the Princes Theatre, 1922 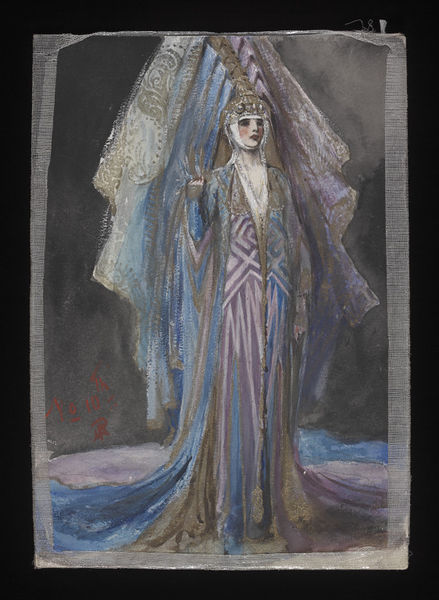