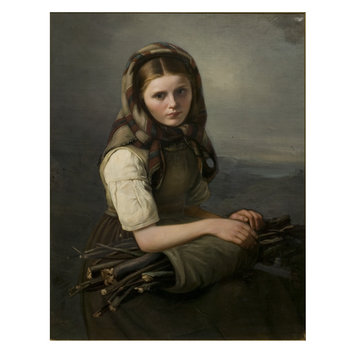 Georg Schwer (1827-1877) was born in Nuremberg but received his first artistic training in London where he came at the age of 13. He subsequently went to Düsseldorf at an unknown date and became a pupil of Carl Ferdinand Sohn (1805-1867) while also taking lessons with Rudolf Jordan (1810-1887). He later made several trips to Italy, France and Germany. He died in Düsseldorf in 1877.

This painting is a fine example of Schwer's output. It was probably made during a study trip to Willingshausen in the Schwalm (central Germany) he undertook in 1860. This painting shows a young girl gathering sticks in a typical German costume and silhouetted against a dark atmospheric landscape, reminiscent of the art of Sohn. This painting is a good example of the late Romanticism imagery developed in Düsseldorf in the second half of the 19th century.

A young girl seen in three-quarter profile, in a rustic dress with a shawl on her head, holding a bundle of sticks, a rough sea under a tormy sky in the background.

Historical significance: The museum owns another painting of this period, Travelling dog cart(1610-1869) which also documented the rustic life of the people of the Schwalm. Cahrcteristic of Schwer'art is the high degree of finish and relatively dark palette. This painting and the other one are two rare example of Schwer's oeuvre preserved in the UK.
This work was probably brought by the Rev. Townshend directly from the artist and displayed in his villa in Lausanne where it completed a large collection of 19th-century paintings. 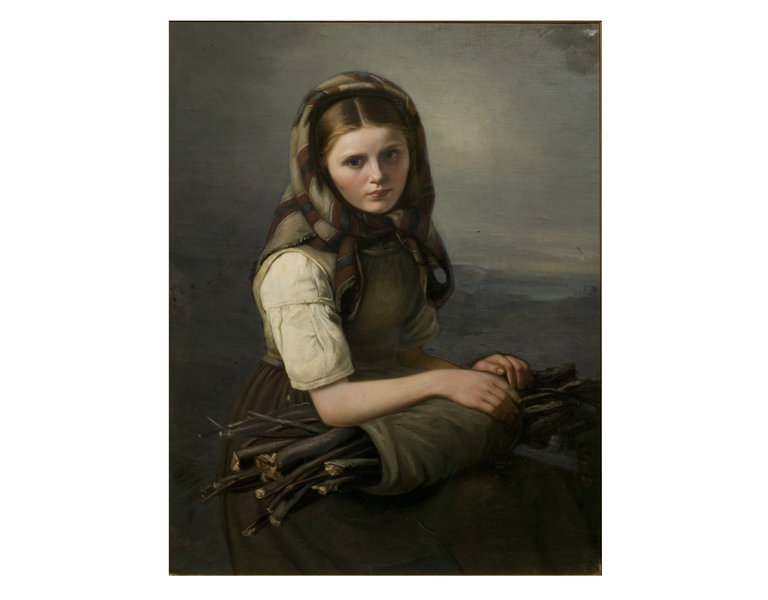