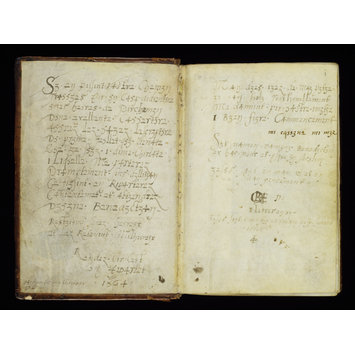 Book of Hours, The 'Playfair Hours'

Books of hours were books of private devotion intended for the laity. This type of book appeared in the mid 13th century in Western Europe and continued to be popular until the 16th century. It took its name from the fact that it contained a composite text called the 'Little Hours of the Virgin', consisting of hymns, psalms, antiphons, etc. celebrating the glory of the Virgin. They were divided into seven 'hours', from Matins to Compline, meant to be said at different times of the day. A book of hours contained numerous other sections such as a calendar, passages from the Gospels, prayers to the Virgin, Christ, the Trinity and many saints, the Penitential Psalms, but also the Office of the Dead, meant as a daily memento mori.

This example dates from the late 15th century and was written and illuminated in Rouen (Normandy). The Use of the Hours of the Virgin and the Office of the Dead is that of Sarum, showing that it was intended for use by someone in or from the British Isles. The presence of Scottish saints in the calendar appended to the book indicates that the intended owner was Scottish. It was still in Scotland in the 19th century when it came into the ownership of the Playfair family, of Saint Andrews, hence the name it was given.

Rouen (made)
France (made)

Ink, pigments and gold on parchment. Leather binding over pasteboards.

(1) Written and illuminated in Rouen in the 1480s, for a Scottish owner probably resident in France.
(2) On the front pastedown and f.i recto, a 1564 inscription refers to the owner as 'dame Charlote'.
(3) Heraldic arms, clumsily painted, on a shield within a laurel circle suspended on a blue rope with gold-tasselled ends (ff. ii verso). The arms may be post-16th century.
(4) Inscribed in an 18th-century French hand 'Lemaire 8.j d'.
(5) In England by the 1820s, as suggested by the binding.
(6) Collection of the Rev. Dr Playfair of St Andrews, said at the time of acquisition by the V&A to have been within the family since ca. 1835-1845. Sold by him in 1918 for the benefit of the Scottish Red Cross, on the confition that it become national property.
(7) Bought by Sir Otto John Beit (1865-1930) and presented tothe V&A in 1918.

Victoria and Albert Museum. Review of the principal acquisitions during the year 1918. London, 1920, pp. 30-31, with two plates.
p. 9, no. 47
McRoberts, Rev. D.Catalogue of Scottish medieval liturgical books and fragments. Glasgow, 1953.
Watson, R. The Playfair Hours. A late fifteenth century illuminated manuscript from Rouen. London, 1984.
part 2, pp. 315-316.
Randall, L. M.C.Medieval and Renaissance manuscripts in the Walters Art Gallery. vol. II, parts 1 and 2, France 1420-1540. Baltimore, 1992.
p. 156, no. 147
Alexander, J.J.G. Medieval illuminators and their methods of work. New Haven and London, 1992.
pp. 66-67
Watson, R. Illuminated manuscripts and their makers. An account based on the collection of the Victoria & Albert Museum. London, 2003.
vol. 1, pp. 322-329, cat. 56.
Watson, R. Western Illuminated Manuscripts.Victoria and Albert Museum. A catalogue of works in the National Art Library from the eleventh to the early twentieth century, with a complete account of the George Reid Collection. London, 2011. 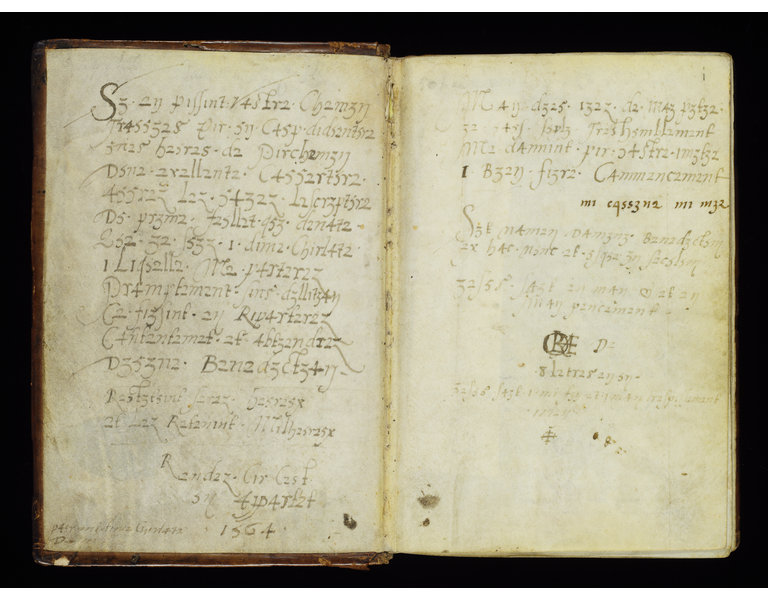