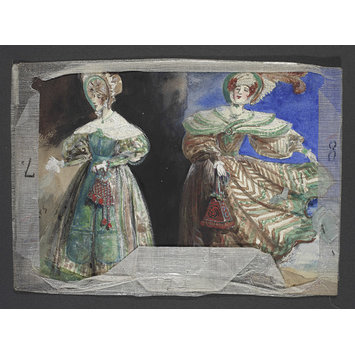 Watercolour and bodycolour over pencil on paper. The design features two female figures. The figure on the left is wearing a green dress with a green and gold-coloured bonnet. The figure on the right is wearing a light brown striped and green dress with headddress. There is a small fabric swatch attached at the bottom right corner and the corners of the design are covered in muslin.

watercolour and bodycolour over pencil on paper, cloth and muslin

Costume design by Percy Anderson for a Sister, Cousin or Aunt in Act I from a production of H.M.S. Pinafore, Princes Theatre, 1920 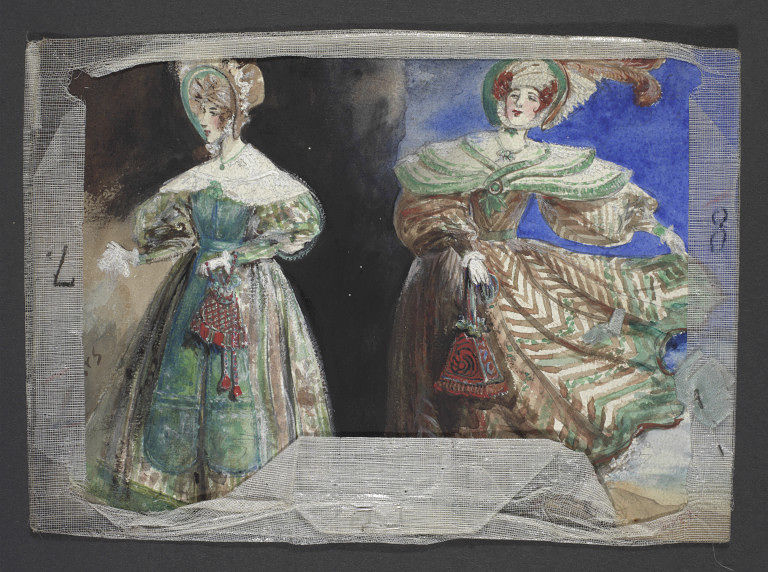