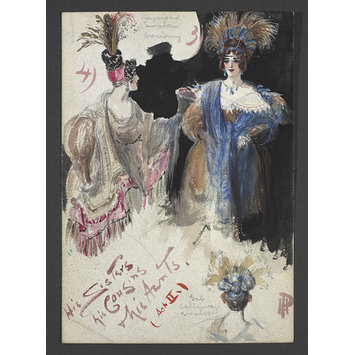 watercolour and bodycolour over pencil on paper

Costume design by Percy Anderson for a Sister, Cousin or Aunt in Act II from a production of H.M.S. Pinafore, Princes Theatre, 1920 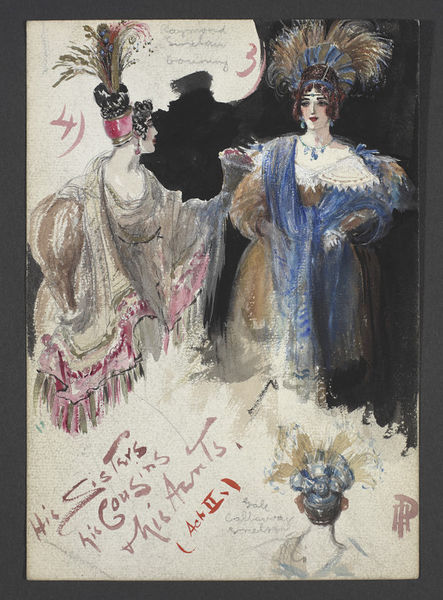