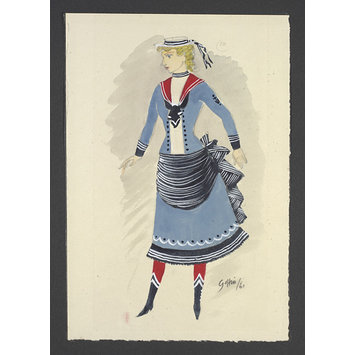 Peter Goffin (1906-1974) was born in Plymouth, the son of William Earl Goffin and Elizabeth Goffin and worked as an interior decorator and mural painter before designing for his local repertory theatre in Plymouth, and overseeing the staging, costumes and lighting of the Dance Drama group at Dartington Hall from 1931 to 1934. In 1936 Goffin worked at the Westminster Theatre as the designer on a wide variety of productions including T.S. Eliot’s The Reunion, and went on to work for Rupert D’Oyly Carte to redesign his new production of The Yeomen of the Guard in 1938.

For Rupert and later Bridget D'Oyly Carte, he designed new sets and costumes for Ruddigore, 1948, Patience, 1957, The Gondoliers, 1958, Trial By Jury, 1959, and HMS Pinafore and Iolanthe, 1961. He designed a new set for The Mikado, 1958, and created an interchangeable ‘unit set’ for the operas that the company toured. He wrote books on stage lighting and management and was elected a Fellow of the Royal Society of Arts in 1948.

watercolour and bodycolour over pencil on paper

Costume design by Peter Goffin for a Sister, Cousin or Aunt from a production of H.M.S. Pinafore, Savoy Theatre, 1961 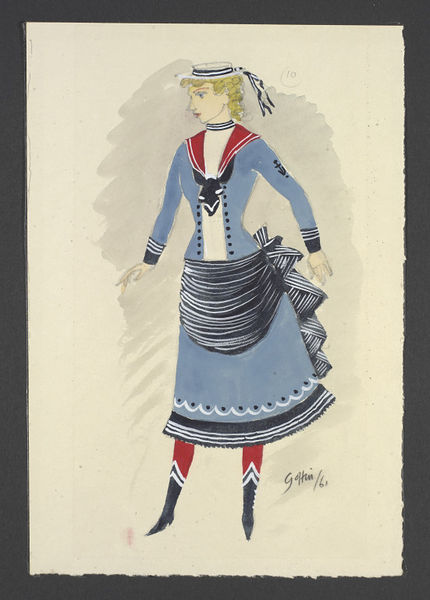