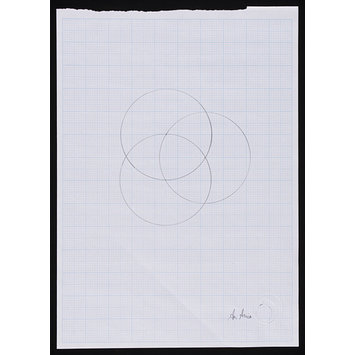 Abi Alice was born in Sydney, Australia. She has a Bachelors (completed 1996) and a Masters degree in Fine Art (completed 2007), from the Sculpture, Performance and Installation Department at the College of Fine Arts, University of New South Wales, Sydney. Since 2001 she has had solo shows and group exhibitions in Sydney, the wider New South Wales area and Melbourne.

Her interest lies in mathematics and geometry. She uses grid paper and co-ordinates to create intricate geometric compositions based on arcs, circles and lines. The compositions begin as drawings, which Alice then works up into paintings, including colour to create form. In many instances this then becomes the foundation for a 3-D object, which she creates through ‘choices in cutting, bending and folding’.

This is one of a group of objects (E.628 to E.633-2015) produced during Abi Alice’s collaboration with Alessi, the Italian houseware and kitchen company, and illustrate the stages of her working process.

She describes the work produced during her collaboration with Alessi as an interdisciplinary project. Her intention is to celebrate all creative art forms and illustrate how the same fundamental geometries can be used to produce three different outcomes: a drawing, a painting and an object.

Alessi translates her harmonious compositions into objects by cutting, folding and curving sheets of stainless steel.

Drawn in pencil on graph paper. 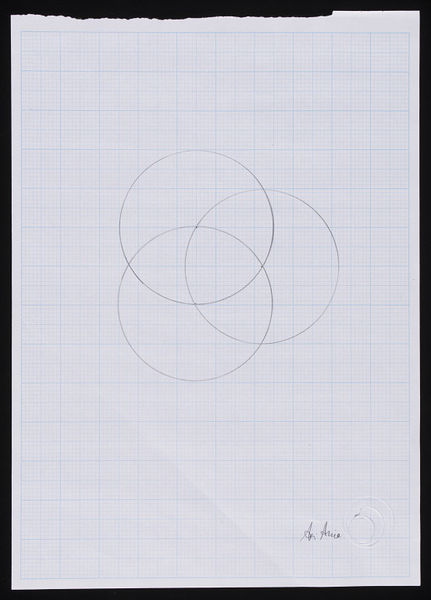