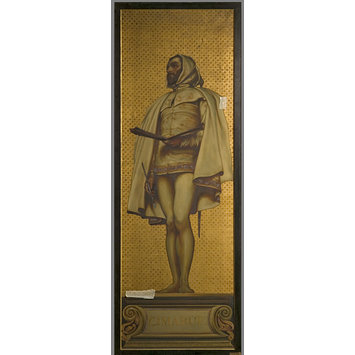 Oil painting, 'Cimabue (after Lord Leighton)', copy of the design for the mosaic in the Kensington Valhalla, late 19th century