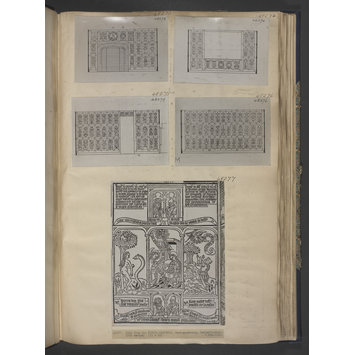 In the central horizontal compartment a scene from the life of Christ, The Annunciation, is flanked on each side by a scene from the Old Testament: Eve and the Serpent to the left, and Gideon's Fleece to the right.

In the centres of the top and bottom registers, four prophets wearing elaborate costumes and head-dresses sit beneath architectural archways (two above and two below). Speech scrolls contain quotations from the prophets. Clockwise from top left they are Isaias, David, Jeremias, Ezechiel.

The virgin is acknowledged; inviolate, she conceives
Titulus, bottom centre, below prophets but referring to central image of central horizontal compartment

Isaias, vii / See, a virgin shall conceive and bear a son
In frame below prophet /
Scroll coming from top left prophet

Jeremias xxxi / The Lord has created a new order of things on earth: woman is to be the protectress of man
Scroll coming from bottom right prophet

Ezechiel xliv / This gate shall be shut, and not be opened
Scroll coming from bottom left prophet

According to Genesis iii,14, the Lord said to the serpent: 'You shall crawl on your belly' and later, in the same place, of the serpent and the woman: 'She shall crush your head, and you will lie in wait for her heel' Now this is fulfilled in the annunciation to the glorious Blessed Virgin Mary'
Top left

According to Judges vi, 36-38, Gideon prayed for a sign of victory in the fleece being filled with a fall of dew which prefigured the glorious Virgin Mary made pregnant without violation, by the pouring out of the Holy Spirit
Top right 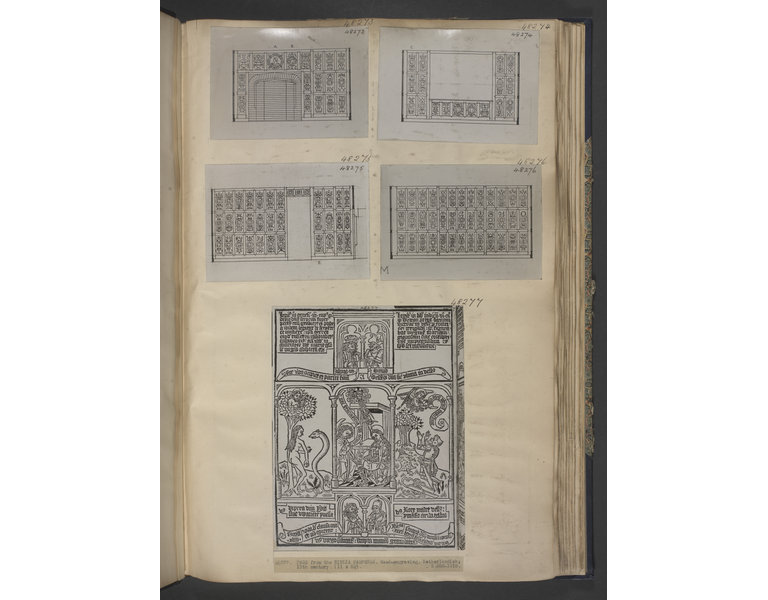