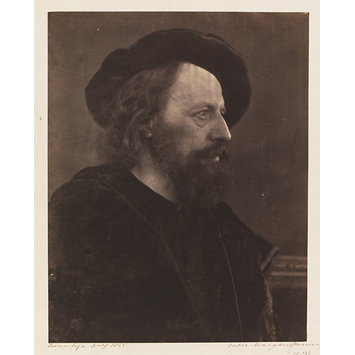 This was one of Cameron’s earliest celebrity portraits. Alfred, Lord Tennyson was Poet Laureate and one of the most famous writers in England. He was also Cameron’s close friend and neighbour on the Isle of Wight. Tennyson moved slightly during the exposure, resulting in a doubling that gives the portrait a sense of vitality.

Profile of a man (Alfred Tennyson) with black dress and hat. 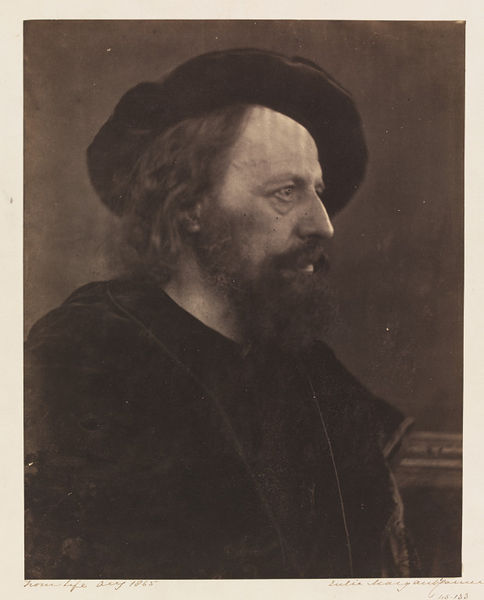