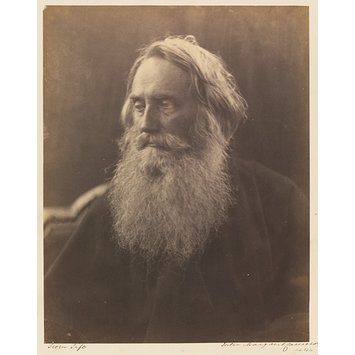 Portrait of a man (Henry Taylor) with long white beard looking at his right. 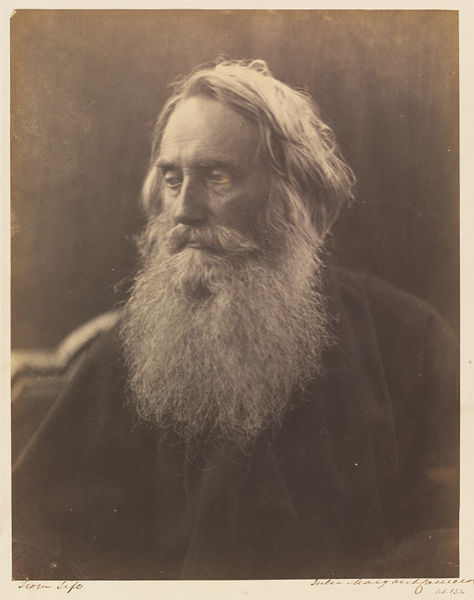