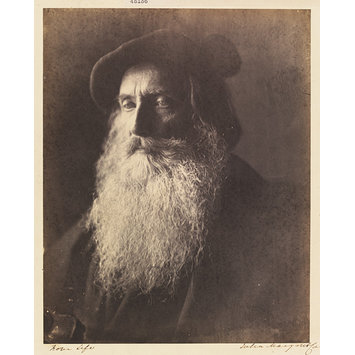 Half-lenght portrait of a man (Henry Taylor) with long white beard wearing a black hat, looking at his left. The print is made from a negative which had a large crack in the lower left corner seen in the final image. 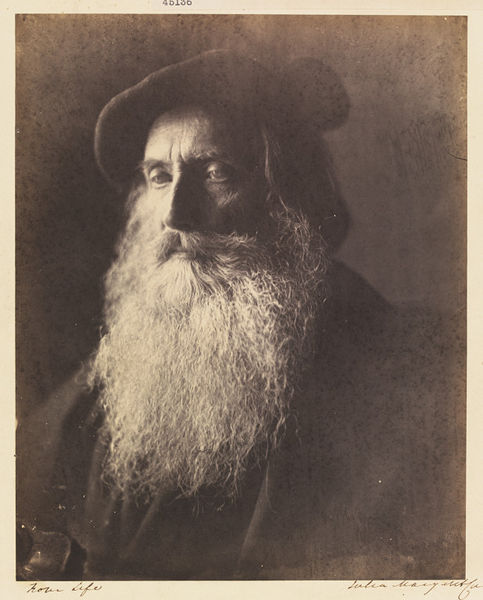