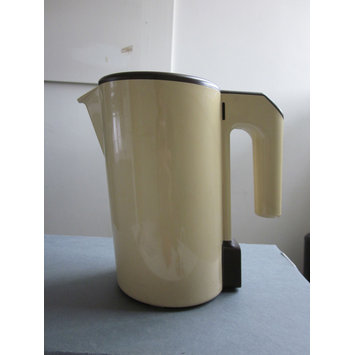 The Redring Autoboil was the first electrically-heated plastic jug kettle. Its upright design recalls the classic form of a coffee pot, and has proved very enduring, since this form has been the most popular type for electric kettles since it was first marketed in 1979. At the time of its introduction, the materials used and the design were highly innovative. Indeed, wording on the original packaging exhorts one to 'Join the Redring Kettle Revolution'. These were not empty words, as in 1981 the company could boast a turnover in excess of £16 million, which was truly revolutionary. This type of object is now so ubiquitous that its innovative design could easily be forgotten.

The Redring Autoboil was the first reliable electric kettle, and the first which was jug-shaped. The kettle was designed by the agency Action Design, who had offered the design to several other manufacturers, before it was taken up by Redring, who had previously made only the heating elements for kettles. It was selected for a Design Centre Award in 1980.

The object was given by Judith Crouch, a curator in the Ceramics and Glass Department, who purchased it at a Harrod’s sale in the early 1980s.

Kettles have been used for centuries to boil water for making hot drinks. In their most basic form they are pots which typically feature a flat bottom, a lid, a handle and a spout. The world’s first plastic kettle was the Russell Hobbs Futura which became available in 1977. The Futura, however, was shaped like a traditional kettle, whereas the Autoboil is jug-shaped. At the time the design of the Autoboil was highly innovative, both in terms of materials and shape, and there was no defined market for such a product. Since the Autoboil was first marketed in 1979 the jug-form has become the most popular type for electric kettles. In 1981 more than 250,000 Autoboils were sold in Britain. Together with export orders, they contributed £16 million to company turnover.

Before the Futura and the Autoboil all kettles were made from metal, which required manufacturers to invest in expensive metal presses in order to make them. These kettles are made from injection-moulded polymers. The process by which they are made is quick, reliable and relatively cheap (if mass-producing), as the moulds can be used many times.

Plastic kettles require the material to be resistant, non-toxic and designed to withstand boiling water. The element has to be resistant to long periods spent submerged in water, and to be equipped with a fail-safe to prevent it from melting the body of the kettle.

The Autoboil, according to the inscription on its original packaging, could boast that it was 'scald proof to the touch!' and that it could boil a single cupful of water in under 60 seconds. 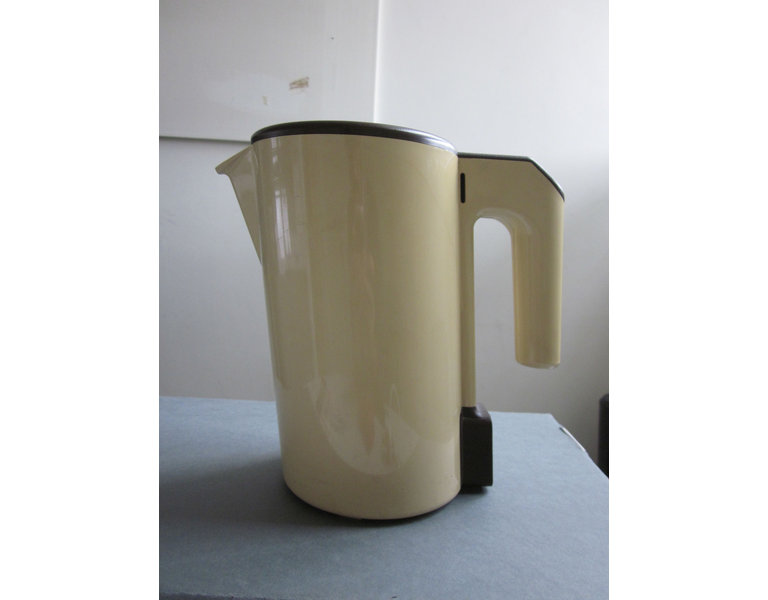