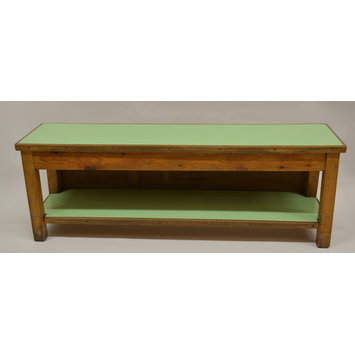 This bench was used in an educational setting, a West or East German nursery, during the 1970s. The two shelves, both laminated, mean the bench could be used to hold objects or footwear on the lower shelf whilst also functioning as seating for several children.

Two tiered wooden bench with legs supporting a top and bottom shelf, both shelves inlaid with pistachio green laminate. Sheet of hardboard nailed to one length of the bench, forming a back to the lower shelf. Plywood on the under side of both shelves, supported by glue blocks.

This bench is part of a group of objects purchased from a sale 'Design for Kids' at the auction house Tajan in Paris. The sale was dedicated to the collection of post war children's furniture belonging to German furniture collector and design gallery owner, Dr Stefan Reinke. His collection has also appeared in the exhibition and publication 'Fidgety Philip! A Design History of Children's Furniture' shown at the Imperial Furniture Collection in Vienna and MARTa in Herford, Germany in 2006/7.

Wood and laminate bench used in a German nursery, 1970s 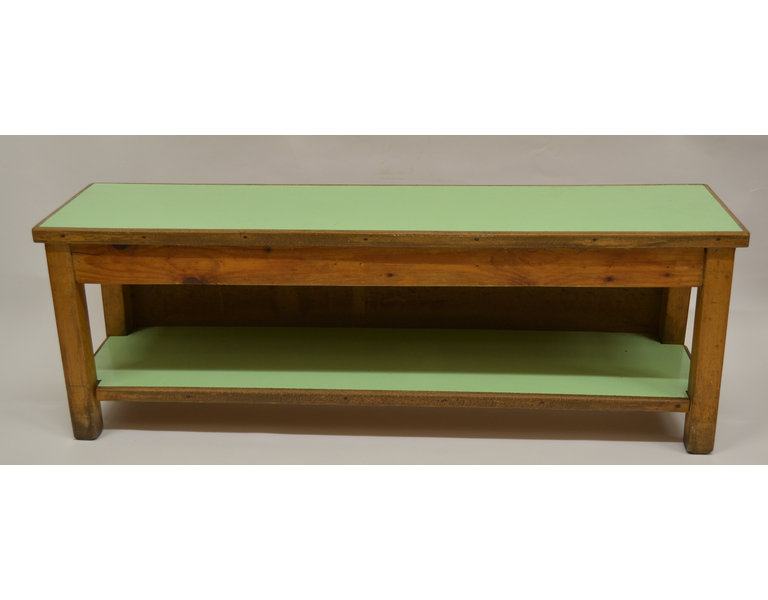