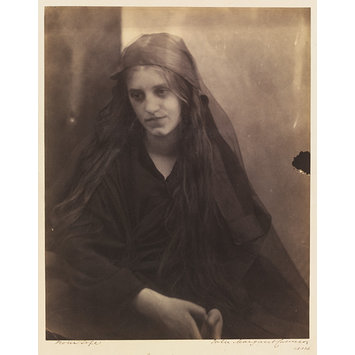 This illustration of John Milton’s poem Il Penseroso is less theatrical and more suggestive of melancholy than the version Cameron made at Little Holland House, her sister's London home which Cameron used as her photographic headquarters. The sitter’s diaphanous veil seems as fragile as the film coating the photographic plate. A patch of the film has peeled away at the right, therefore printing as black.

This illustration of John Milton’s poem ‘Il Penseroso’ is less theatrical and more melancholy than the version Cameron made at Little Holland House. The sitter’s diaphanous veil seems as fragile as the film coating the photographic plate. A patch of the film has peeled away at the right, therefore printing as black. 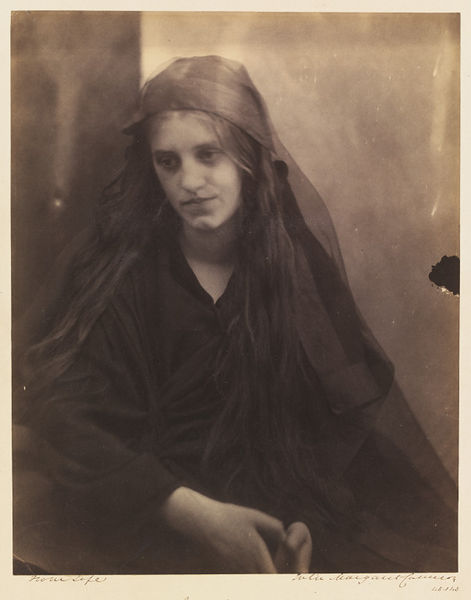