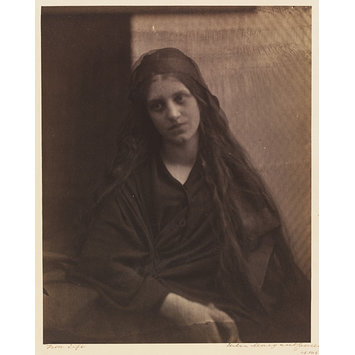 This is one of four versions done to illustrate John Milton’s poem Il Penseroso. In this version the irregular streaks and swirls produced by the unevenly coated glass negative are echoed in the sitter’s diaphanous veil. 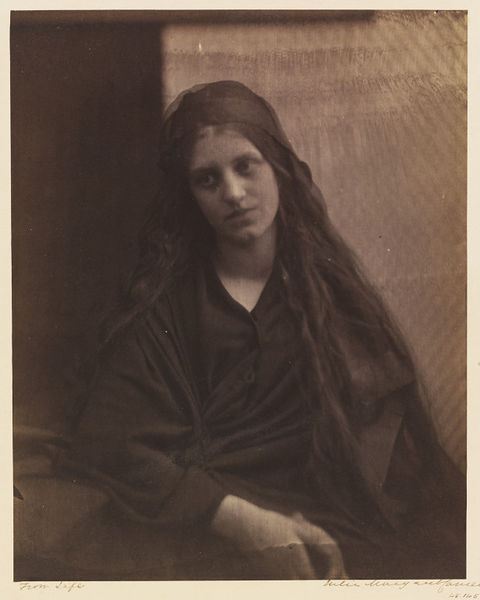