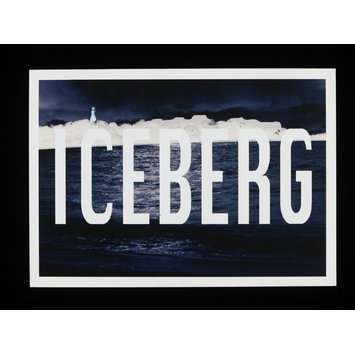 Paul Coldwell is a pioneer of digital printmaking, digitally weaving together layered images that address themes of memory and identity, exile and loss. This set of postcards was produced in the course of his 2012 residency at the Scott Polar Research Institute in Cambridge, and constitutes one of several bodies of work created in response to his research into the archive and museum collections held there. The specific inspiration for the postcards was Robert Falcon Scott’s ill-fated expedition to the South Pole in 1910.

The imagery of each postcard was based on a series of collages derived from Coldwell’s own photographs, taken in the course of the residency, and from details of installations he made in his studio using flour, sugar lumps, paper, etc. These visual sources were manipulated using computer technology to become imagined landscapes; each was then overlaid with a single word, chosen from recurring words in Scott’s Journals, including South, and references to natural phenomena such as Iceberg, Glacier, Blizzard, conditions such as Frostbite and Snow blindness, and miscellaneous words – Pemmican and Sledging . The final word Hereabouts (presented as black-bordered announcement of a death, was taken from the inscription on the memorial cairn. Using rubber stamps he then stamped on word on the message side of each postcard; the words are again taken from Scott. The first sequence of cards make up the phrase We Must Reach The Pole This Time, a quote from Scott recorded in the Liverpool Post on 4 April 1910.; the second sequence has the words For God’s Sake Look After Our People, the last words written in Scott’s journal on 29 March 1912.

Coldwell then arranged for each of the postcards in each set in the edition of 5 to be posted to him c/o the Polar Institute from one of 7 different locations, each of them one of the ports of call for Scott’s expeditionary ship, the Terra Nova. He wanted the cards to show some of the evidence of travel, including stamps, franking and wear and tear. In so doing of course he also gave them a new identity as mail art, in addition to their other definitions as artist’s multiples and limited edition prints.

The idea of making the postcards came from Scott’s first expedition in 1901, when he arranged for subscribers to receive a set of 4 postcards, sent from ports of call en route to Antarctica: London, Simonstown (South Africa), Lyttleton (New Zealand) and from Lyttleton again on the return journey. After Scott’s death numerous postcards appeared depicting aspects of the story, as memorials to the tragic events and as mementoes of heroism. A set was produced by permission of the Fine Art Society, London, reproducing two series of Herbert Ponting’s photographs along with a quote from Scott’s diary. For the purposes of his expedition Scott had been made Honorary Postmaster General, giving him the authority to frank and send mail from Antarctica.

Postcard with image of a seascape overlaid with word 'Iceberg' and on the other side 'SAKE' and 'Cape Town'.

Paul Coldwell: South (We Must Reach the Pole This Time; For God's Look After Our People), 2012. Postcard from set of 16 postcards. 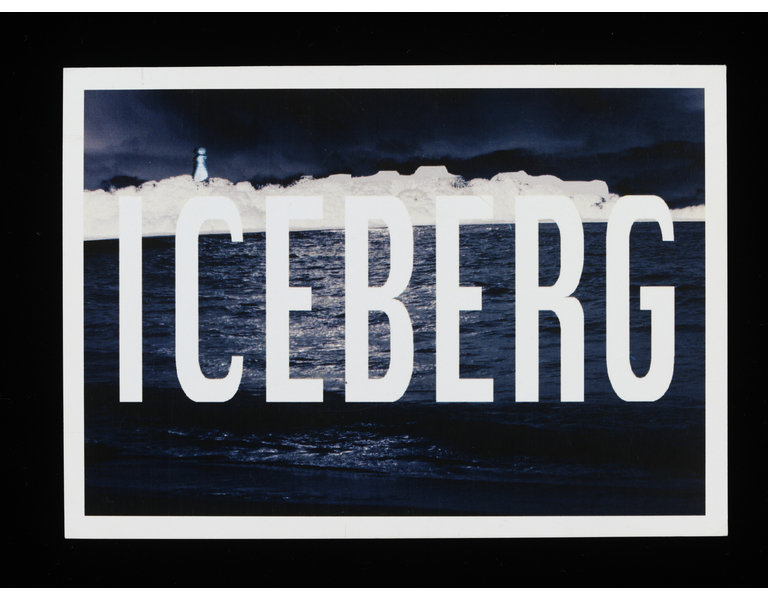