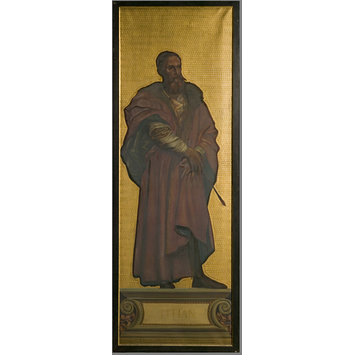 Full-length portrait of Titian dressed in a fur-trimmed cloak, standing against a gold background.

Paintings; Portraits; History of the V&A