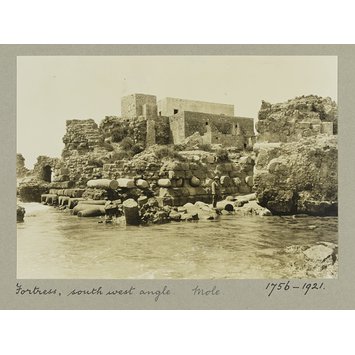 South-west side of Crusader Castle, Caesarea

A mounted black and white topographical photograph showing a view of Caesarea, Palestine

The order was sent to the V&A from Cairo beginning 14 January 1921. It was filled in fourteen batches and the last batch was received on 26 April 1921. This first order delivered totalled 2612 photographs (not including the original sixteen specimens).
The relationship with the V&A continued throughout Creswell's lifetime and subsequent smaller acquisitions of photographs followed in 1926, 1927, 1929, 1930 and 1939. The Museum now holds in total 3,374 prints taken by Creswell with views from Egypt, Syria, Palestine, Jordan, Iraq, Tunisia and Turkey.

In 1931, Creswell gave a public lecture at the V&A which he boasted in a letter to his friend, the renowned art historian Bernard Berenson:
“At the V. and A. Museum there is seating accommodation [sic] for 550. At 5.10 there was standing room only, at 5.25 the doors were shut, and MacLagan [V&A Director, 1924-44] tells me that 150 were turned away! So I feel quite like a cinema star!”3
Creswell regularly gifted copies of his publications to the Museum and when in London, library records confirm that he was a frequent visitor to the National Art Library where he conducted research.

The negative for this photograph is in the Creswell Archive at the Ashmolean Museum, held at the Bodleian Library in Oxford (EA.CA.7988) 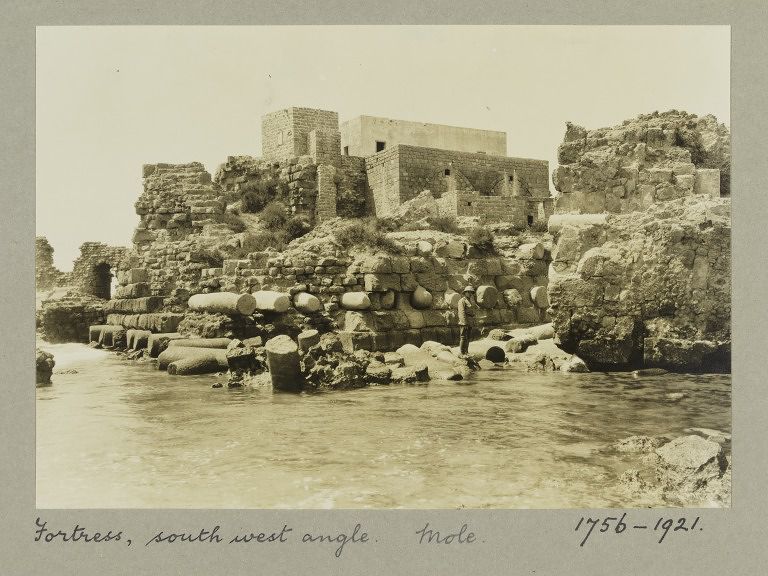