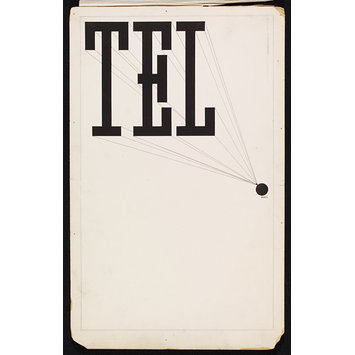 This design, showing the three large capital letters 'TEL', which stand for 'tetra-ethyl lead' (an anti-knock additive in gasoline or petrol that can prevent premature detonation in the engine) was one of the versions designed for the advertising campaign of Shell Mex and British Petroleum (B.P.) Ltd. for tetra-ethyl lead by Edward McKnight Kauffer in 1933.

TEL in bold back lettering with lines from the corners of the letters to a circle on the right side of the page, creating perspective.

Gouchae, ink and pencil on paper, with a tissue paper wrap.

Design drawing by Edward McKnight Kauffer for Shell Mex and B.P. Ltd. in 1933 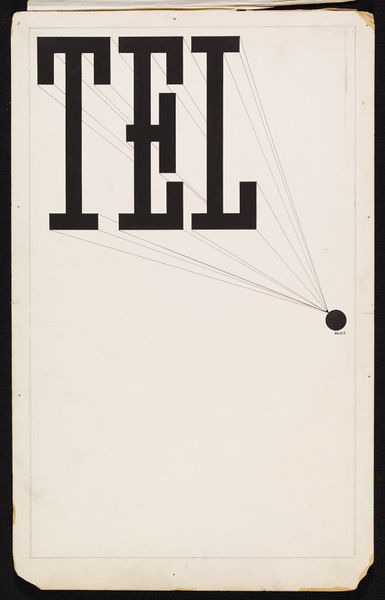